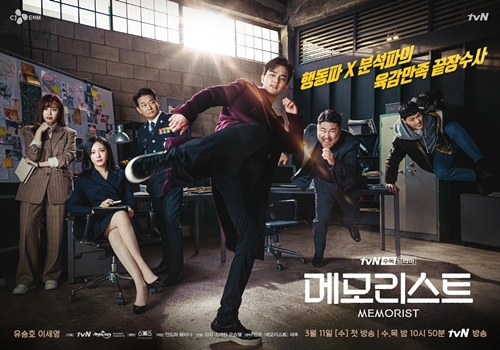 Looks like tvN procedural drama Memorist will be much action packed that I thought. The new poster and teasers confirm that male lead Yoo Seung Ho is the act first type, using his powers of reading the memory of anyone he touches to beat up confirmed bad dudes first before even following police protocol. Not sure how he’ll keep that up without being disciplined but his superior office definitely has his hands full keeping him from punching, kicking, and whacking criminals outside the law. You also see the different styles in the poster, with Lee Se Young‘s side being the analytical and calm investigators whereas Yoo Seung Ho has his gung ho kick ass first ask questions later squad.