There are quite a lot of big TW-dramas in development and production for 2021 but none as star-studded as Blue Hour (華燈初上) set in 1988 Taipei Red Light District about the lives, loves, and struggles of the club madam, their hostess ladies, and the men in and out of their lives. Ruby Lin is producing and plays one of the Head Madam (Mama-san) with Cheryl Yang as her frenemy another Head Madam. Their hostess ladies are played by Puff Guo, Nicky Hsieh, Esther Liu, and Cammy Chiang, and the male staff and customers are Tony Yang, Wallace Huo, Xiu Jie Ke, Rhydian Vaughan, and Derek Chang. The first stills released this week have everyone buzzing because it’s getting three top actors to play evil/douchey roles – Joe Cheng as a sleazy ex-husband to Ruby, Chris Wu as a cross-dressing third Mama-san, and Jacob Wang as a rival top male hostess. OMG they look so awesome in character and the whole vibe, mood, aura is spot on, now I can’t wait to see more stills of the main cast. The drama plans to air in 3 seasons of 8-episodes each for a total 24-episodes in mid-2021.

END_OF_DOCUMENT_TOKEN_TO_BE_REPLACED 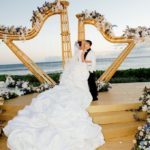 If you love wedding gawking this come right in because this post is chock full of all the visual happy goodies from a star-studded wedding. Taiwanese actress Ady An tied the knot on June 5th in Hawaii with her businessman … END_OF_DOCUMENT_TOKEN_TO_BE_REPLACED 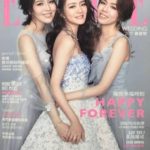 If weddings are just a chance to get all the friends together for a smashing party then TW-ent is salivating for the extravaganza to come that is Ady An‘s upcoming wedding. She’s already legally married as the couple registered their … END_OF_DOCUMENT_TOKEN_TO_BE_REPLACED