For C-actors and actresses, in addition to CFs and pictorials, there is also a huge market of online and console video games where famous folks being the spokesperson for the title. Online fantasy wuxia video games are HUGE in China and many many actresses and actors have become the face of those games during the launch to add real person color to what is ultimately still a computer generated video game. Recently C-actress Liu Shi Shi was signaled out by a prominent C-writer for contributing to the decline of Chinese youth by being the spokesperson and face for many online video games and thereby luring young men to play those games. To which I say “are you &$#* kidding me?” The criticism is soooooo unmerited I don’t even know where to start so all I can say is totally barking up the wrong tree. But it gives me a reason to post ton of incredibly pretty Shi Shi pictures for her many game endorsements because this woman literally looks like a wuxia goddess come to life. When I read many a fantasy wuxia novel and read about an incredibly beautiful woman I just instinctively picture her. 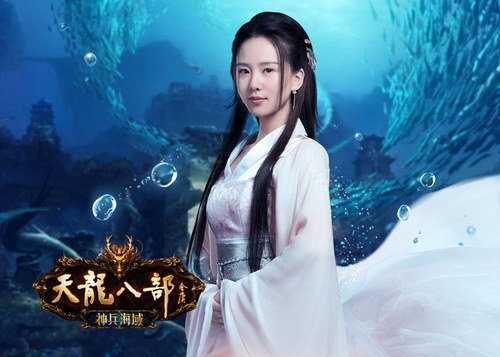