Taiwan nostalgia high school movie Our Times (The Era of My Teen Girl Days) has finally arrived, premiering this Friday August 13th in domestic theaters in Taiwan. Even though it’ll be months before the movie is available on video, I’m keen to hear what critics and audiences think about the movie, as well as see if it sets the box office on fire. I loved all the promos and trailers, but also want to cheer the movie on for being a domestic Taiwanese production, rarer and rarer these days, and also directed by a female director in Chen Yu Shan.

This also marks the directorial debut by famed drama producer Chen Yu Shan who was the creative force behind hit TW-dramas like Autumn’s Concerto and Fated to Love You, and C-drama King of Lan Ling. The movie’s official premiere party this week brought out all the young stars of the movie along with Jerry Yan and Chen Qiao En, two A-listers who cameo in the movie. Chen Yu Shan has tons of built up good will in the industry, which explains how she lured Qiao En and Jerry to do cameos, got Hebe Tian to sing the theme song, and even invited Ariel Lin to the premiere and record a gushing recommendation of the movie. END_OF_DOCUMENT_TOKEN_TO_BE_REPLACED 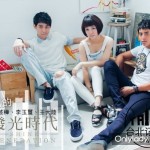 I could be jumping the gun since the movie doesn’t premiere until less than two weeks from now on August 13th, but it’s like picking a good horse at the race track in anticipating that there will be breakout stars … END_OF_DOCUMENT_TOKEN_TO_BE_REPLACED 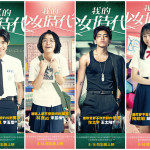 There’s a cool and cute little Taiwanese movie to look forward to next month come August as Our Times (Chinese title 我的少女時代 Era of My Girl Teens) opens with tons of great buzz. The movie is produced by famed Taiwanese drama … END_OF_DOCUMENT_TOKEN_TO_BE_REPLACED