I can never accuse Ahn Bo Hyun is being typecast, he’s like the opposite of that. From the first time I took notice of him as one of the soldiers in Descendants of the Sun six years ago, he’s tried on a wide plethora of projects. It’s hard to find diametrically opposite male lead roles as Woon in Yumi’s Cells and Dae Man in Military Prosecutor Doberman. He’s coming back soon in the fantasy romance drama See You in My 19th Life with Shin Hye Sun as an emotionally damaged gentle young man role but he’s already lined up his next drama Gold Spoon, not to be confused with the MBC drama in 2022 of the same name. In Gold Spoon he plays a third generation “golden spoon” chaebol heir who becomes a hard hitting detective in the major crimes unit. He used his wealth to fight crime, being even richer than the baddies to nab them. Sounds like a great use of generational wealth haha.

END_OF_DOCUMENT_TOKEN_TO_BE_REPLACED 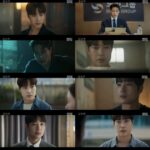 Okay, this one I can totally chime in on! Today there is a K-news story around viewer complaints on MBC weekend drama Gold Spoon which is actually ending this week. It started off better than expected but then proceeded to … END_OF_DOCUMENT_TOKEN_TO_BE_REPLACED 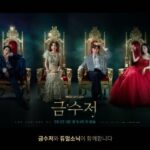 I know this drama is anchored by a magical spoon that swaps lives but the underlying “Who would do it” idea is so good because there are many like scenarios that could happen in real life. MBC premiered Gold Spoon … END_OF_DOCUMENT_TOKEN_TO_BE_REPLACED 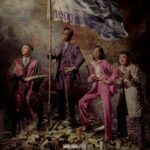 The dichotomy couldn’t be more opposites with the title of the newly arrived Fri-Sat dramas on prime time. On one hand there is Gold Spoon (The Golden Spoon) on MBC going up again fighting for the little guy One Dollar … END_OF_DOCUMENT_TOKEN_TO_BE_REPLACED

The currently airing MBC Fri-Sat drama Big Mouth just hit the midway mark of its 16-episode airing with increased ratings and buzz as a much needed success for the network. I don’t have as high a hope for the successor … END_OF_DOCUMENT_TOKEN_TO_BE_REPLACED