Holy drama gods is this a veritable buffet of goodies for the eyes. I won’t even go into details on each drama because enough has been written on the casting and storylines already. Netflix Korea went into turbo mode today with the drop of drama stills for basically every single drama airing in 2023 on the streaming platform, half are exclusives produced by Netflix and the other half terrestrial or cable dramas that will also simul-stream on the channel. Here are my most excited about – period drama Gyeongseong Creature with Park Seo Joon and Han So Hee, school romance Lee Doo Na! (The Girl Downstairs) with Suzy and Yang Se Jong, the K-remake of Someday or One Day with Ahn Hyo Seob and Jeon Yeo Bin, the second season of Sweet Home, classic chaebol romance King the Land with Junho and Yoona, critically acclaimed D.P. coming back for a second season, Park Bo Young in Morning Comes to Psychiatric Wards Too, and Ro Woon and Jo Boa in fated love This Romance Is a Force Majeure. I am SO GLAD it’s 2023 already!

END_OF_DOCUMENT_TOKEN_TO_BE_REPLACED The previous name for this K-drama was Gyeongsang Creature which makes it look like a monster flick but has since been changed to K Project. Not sure if that is a code name but either way this drama remains relatively … END_OF_DOCUMENT_TOKEN_TO_BE_REPLACED 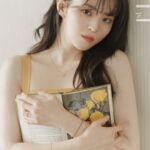 I feel like I’ve seen this show before – the ingenue that comes out of nowhere and after one memorable role is cast in a succession of high profile gigs, and then kinda doesn’t live up to expectation. The last … END_OF_DOCUMENT_TOKEN_TO_BE_REPLACED