It’s a big end to the month of July in J-ent as two big name acting couples suddenly announced marriages. First was Miura Shohei (30) and Kiritani Mirei (28) getting married after dating for two years since doing the drama Suki na Hita ga Iru Kuto in 2016. Five days later Katsuji Ryo (31) and Maeda Atsuko (27), actress and also the most famous graduate of AKB48, revealed that they got married on July 30th. Turns out they’ve been dating since doing the drama Dokonjo Gaeru in 2015 and this year will costar in the movie Taberu Onna coming to theaters in September 2018. I love how J-ent stars continue to DGAF about fans crazies to get married on the younger side so they can live happy personal lives. Congrats to both newlywed couples! END_OF_DOCUMENT_TOKEN_TO_BE_REPLACED 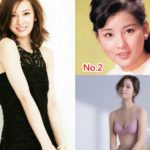 The votes are in and this is a huge polling size and spans decades to get a good sense of what Japanese find most beautiful among their actresses. With over 50,000 votes, J-actress Kitagawa Keiko tops the list of most … END_OF_DOCUMENT_TOKEN_TO_BE_REPLACED 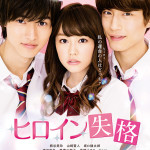 Once in a blue moon a cutie will come along that strikes my fancy, acting talent or lack thereof bedamned, and then I just want to follow along with his career. That’s totally what happened when I stumbled upon current … END_OF_DOCUMENT_TOKEN_TO_BE_REPLACED