One of the messiest celebrity divorces in TW-ent in recent memory is back in the news this week, thanks to male lead singer Leehom Wang coming out of his two weeks quarantine after coming back to Taiwan from China in the wake of his ex-wife Lee Jing Lei‘s allegations of his mistreatment and misconduct during their marriage. This week he tried to visit their three kids at their marital home which is now her residence with the kids and brought along three men and asked her to turn off the CCTV recording so he could enter. Lee Jing Lei was alarmed and refused him entrance and said this violated their visitation agreement which was that any third party be mutually approved and she was fine with having a third party that the kids were familiar with such as a mutual friend. She alleged that Leehom admitted to bringing two men who were his long time aide and agency employee but she didn’t agree to let those two in, and was even more upset that Leehom did not disclose there was a third man there and she heard over the intercom the aide whispering to that third man to step back away from the camera. Leehom’s side said that third man was simply his bodyguard. Anyways, so the visit was scuttled and then came the he said-she said, and his side released a letter from Leehom’s US divorce attorney saying they recommended that Leehom never visit the kids along as they accuse Lee Jing Lei of spreading lies about Leehom so if he’s alone with her and the kids then it could be used against him. Lee Jing Lei further shared evidence of Leehom buying Likes and Supprtive Netizens in the past, such as liking the picture of him getting the COVID-19 vaccine and also liking his Dad’s composed poem, and she brought that up to share that recent tidal waves of netizen blowback on her was indicative of Leehom trying to turn the tide of public opinion by fake likes and commentary.

END_OF_DOCUMENT_TOKEN_TO_BE_REPLACED 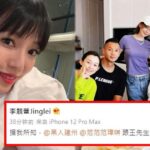 Wow this is another smoke bomb bwahahaha, but it certainly continues the week long expose on Taiwanese-American singer Leehom Wang’s execrable sordid married and dating conduct. After Leehom Wang apologized and took full responsibility two days ago, albeit in that … END_OF_DOCUMENT_TOKEN_TO_BE_REPLACED 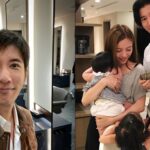 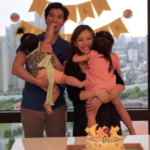 TW-star Leehom Wang‘s soon to be ex-wife Lee JIng Lei’s 10,000 word revelation about her meeting, dating, marrying, and life with him was so packed with information there are multiple threads to unpack about his bad behavior. One of the … END_OF_DOCUMENT_TOKEN_TO_BE_REPLACED

Hold on to your horses because this is the most heartbreaking and raw post-breakout tea spilling since Show Luo‘s ex-girlfriend Grace Chow went to town on his repeated cheating nearly two years ago. That ended up genuinely halting Show’s showbiz … END_OF_DOCUMENT_TOKEN_TO_BE_REPLACED 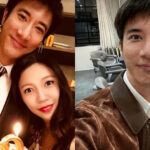 I feel like entertainment news is always a surprise even if some cases it’s not. TW-ent is reporting that popular Taiwanese-American singer-songwriter Leehom Wang and his wife of 8-years Lee Jing Lei have divorced already. The gossip is that the … END_OF_DOCUMENT_TOKEN_TO_BE_REPLACED

I’m fairly certain Taiwanese-American singer-songwriter-actor Leehom Wang is talented and considered handsome in some quarters. I wouldn’t know because I don’t find him the least bit handsome or his projects interesting. With my disinterest I had to play catch up … END_OF_DOCUMENT_TOKEN_TO_BE_REPLACED