I thought things were dying down in C-ent after the summer of scandals and crackdowns, but this early fall may bring with it clarity for who and for what reasons certain stars are no longer going to be allowed to continue being in the entertainment industry in China. A list is spreading like wildfire that includes the names of 25 stars on an all kill permanent ban list, all kill means across every entertainment medium from television to movie to commercials to print to stage. The list is split into three categories: political, breaking the law misconduct, and moral turpitude. In the politics column are Zhao Wei and Zhang Zhe Han, the former reportedly due to her close ties with also fallen Chinese businessman Jack Ma and the latter for his Japanese related prior conduct. In the breaking the law misconduct category there are Wu Yi Fan, Zheng Shaung, Fan Bing Bing, Kai Ko, et. al. And in the last category of committing moral turpitude, which means cheating on spouses or girlfriends and the like, on the list includes Li Xiao Lu and Show Luo among others.

END_OF_DOCUMENT_TOKEN_TO_BE_REPLACED 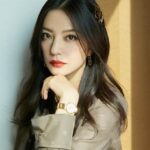 The rumor is spreading wild and fast that formerly top C-actress and producer Zhao Wei (Vicki Zhao) has flown the coop, and cue all the Little Sparrow jokes. The tabloids and various online news portals are all saying that Zhao … END_OF_DOCUMENT_TOKEN_TO_BE_REPLACED

I think C-netizens have been waiting for this particular cancellation for a long time, 20 years to be exact. So it really was walking on eggshells if I were C-actress turned top producer and agency president Zhao Wei (Vicki Zhao). … END_OF_DOCUMENT_TOKEN_TO_BE_REPLACED