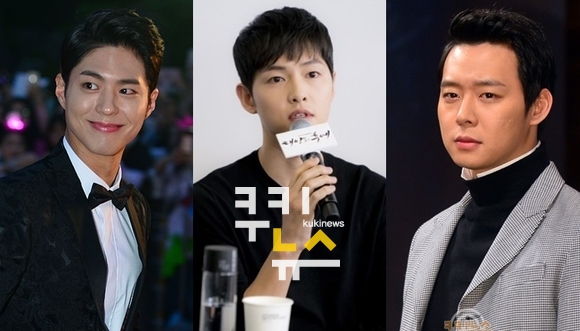 Talk about a stretch on top of a baseless assumption, but it’s all in the day’s possibility when one is as currently famous as Song Joong Ki is. How his name got tied with the current criminal investigation into Park Yoochun‘s alleged sexual assaults on multiple women is beyond me, but even rising young actor Park Bo Gum got dragged along for the muddy ride. Things started on talk show Powerful Opponents when veteran Park Bong Gyu said that there were famous Hallyu male stars also in attendance at Yoochun’s June 4th birthday party at the adult bar where the alleged assault happened by the first woman to come forth to press charges.

That set netizens abuzz to find which Hallyu star it was and a rumor started that it was Song Joong Ki since he’s friends with Yoochun from doing Sungkyunkwan Scandal together, and Song Joong Ki brought along current good friend and mentee Park Bo Gum to the event. Song Joong Ki and Park Bo Gum’s agency immediately refuted the rumors with hard fact that both stars attended the Baeksang awards that very night, and even if they could have gone to the party later after the awardds Song Joong Ki was out at a late night pow wow with Song Hye Kyo and Yoo Ah In that Dispatch snapped pictures of. 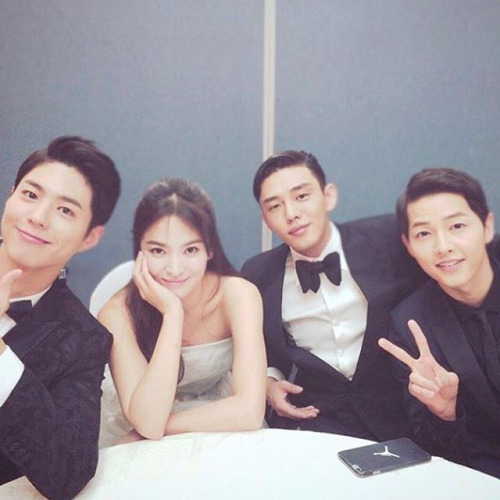 Talk about Dispatch’s stalker-ish tendencies coming in handy to refute even grosser netizen tendencies to manufacture rumors out of thin air. Both Yoo Ah In and Song Hye Kyo have released statements back Song Joong Ki as being with them that entire night and nowhere near Yoochun’s birthday party. And no one thinks Park Bo Gum randomly wandered over there by himself either, so that puts this out-of-nowhere rumor to rest. Song Joong Ki and Park Bo Gum’s agency is currently mulling over taking legal action against the person(s) who started and perpetuated the rumor.