Which of these four upcoming jTBC onscreen couplings are you looking forward to this most? For me it’s the Park-Park couple, as in Park Bo Young and Park Hyung Shik in Strong Woman Do Bong Soon airing in January 2017. Elle Korea has photographed these two cuties along with three other sets of jTBC drama leads in the upcoming November issue. The first to hit the screens will be Lee Seon Kyun and Song Ji Hyo in My Wife’s Having an Affair This Week which isn’t quite as salacious or depressing as the title sounds. There’s also Park Hae Jin along with his Man to Man male leads Park Sung Woong and Jung Man Shik. And finally, hitting the small screen later in 2017 will be Lee Yeon Hee and Jung Yong Hwa in The Package. 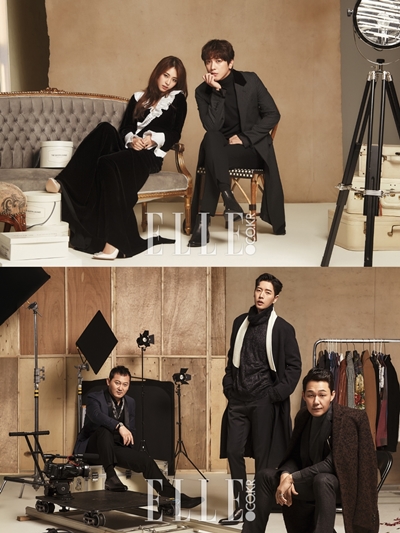