This weekend being Lunar New Year was a good thing, being so busy cooking and gathering helped ease the empty feeling of having no more weekend drama Goblin to chase. I’m glad screenwriter Kim Eun Sook kept it short and sweet at 16 episodes rather than her usual 20 episode length, there was even times when Goblin felt like not much was happening and the drama was more a moody character piece. With that said, the episodes were longer in running time so maybe it all evens out.

I do miss it a lot, there was always moments of chuckle out loud laughter in each episode, and it appears to be the case behind-the-scenes as well judging from the final trickle of moments with the tight knit cast. There’s snaps at the drama wrap party, goofing around during filming, and a cute wink at the Goblin and Bride summoning ritual with candles as reenacted by Kim Go Eun and Gong Yoo. This wasn’t a perfect drama but it remains the one that touched me the most among all the dramas I watched in 2016. 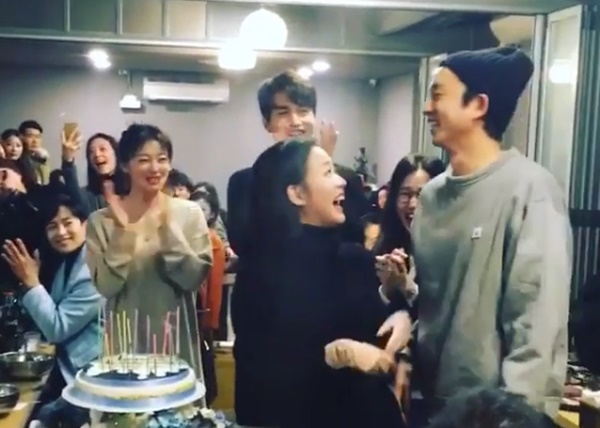