The long swirling marriage rumors of most likely dating top J-stars Matsumoto Jun and Inoue Mao has turned into one of those “I’ll see it when I believe it” stories that pop up at least once a year with an update. If these two didn’t fall for each other playing the leads in iconic manga turned J-dorama adaptation of Hana Yori Dango (Boys Before Flowers) then folks wouldn’t care as much. But knowing that onscreen Makino and Domyouji got their happy ending in real life is one of those shipper epic fantasies so the excitement over then is all too understandable. Things have been weird for the last year after rumors that Mao and Jun would get married in early 2016 after she finished her Taiga dorama came and went, and recently there were tabloid reports claiming Jun had been cheating on Mao for a few years with AV actress Tsukasa Aoi. Neither said responded to both sets of rumors but this week Mao swung a small stick and make a big mark with her responses to a reporter’s questions on dating and her acting career. 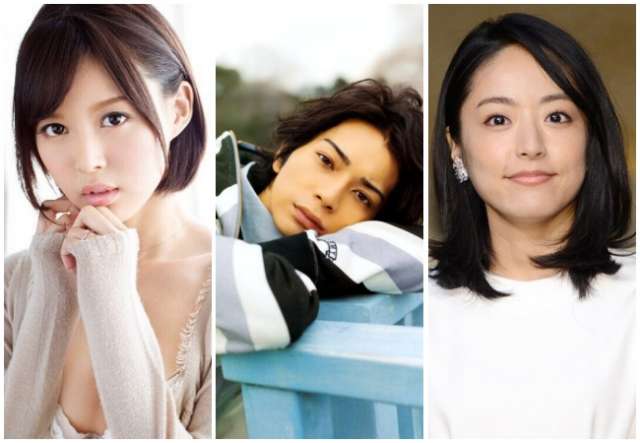 When Mao was approached by a reporter outside her home this week, she took a few questions including whether she was planning to retire since she changed agencies last year after finishing her Taiga and since then hasn’t done an acting project. Mao assured that she wasn’t retiring and had no plans to. When asked about whether she was getting married to Jun soon, Mao coyly said she couldn’t comment until she talked with her agency. Finally when asked about the Jun cheating rumors on her with an actress making soft porn, Mao laughed and said that she was so surprised at how imaginative folks are with making things up. There you have it, as close to confirmation that MaoJun is still on as any so far.