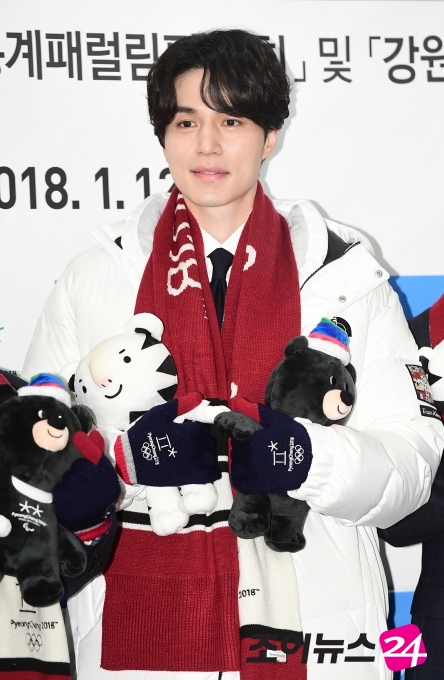 I wonder if looking perplexingly unattractive comes hand-in-hand with being a promotional ambassador for the upcoming 2018 Pyeongchang Winter Olympic starting next month. How else to explain first Jang Geun Seok and now Lee Dong Wook all looking fairly worse for wear while doing a promo event. The waxy white visage and bad hairstyle have afflicted  both actors, and made even worse when they are shoved into chunky parkas, dorky scarves, and awkwardly holding the Olympic mascots. It’s still an honor all the same and expect to see many more Olympic related posts as K-ent switches gears to collaborate with sporting fervor plus national pride, especially since it’s been exactly thirty years since South Korea hosted the Seoul Summer Olympics in 1988 for the first and only time. Pyeongchang makes a grand return for SK in the world stage, now complete with Hallyu stars that weren’t there thirty years ago.