It’s because I love Kim Yoo Jung that I legit did a double take when I came across her recent pictures from the last two weeks. She looks noticeably different to me, and that’s in connection with a new hair color with red shot highlights. She’s arguably one of Korea’s most famous three K-drama child actresses alongside decade earlier originator Moon Geun Young and her own same-age Kim So Hyun so it’s hard not to be very familiar with looks as drama viewers have watched these famous child actresses grow up.

I’d say Kim Yoo Jung has looked exactly the same to me all through her last six years of growth from child to pre-teen and now late teen/young adult. At least until the turn of this new year when I think she looks different in a way that is outside the norm of just growing up or changing her makeup. If that’s all there is to it then fine to be, and if she had some work done also fine by me, she remains absolutely beautiful and a true talent still developing with a wider stage still looming before her. 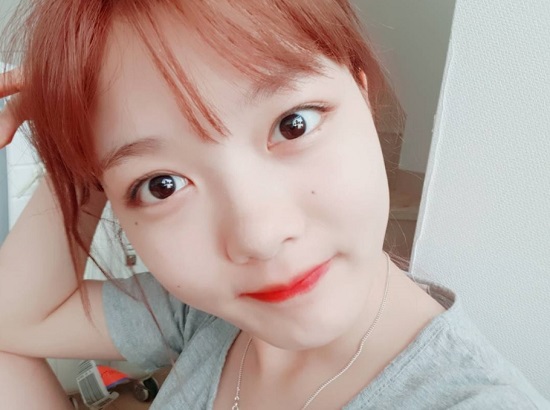