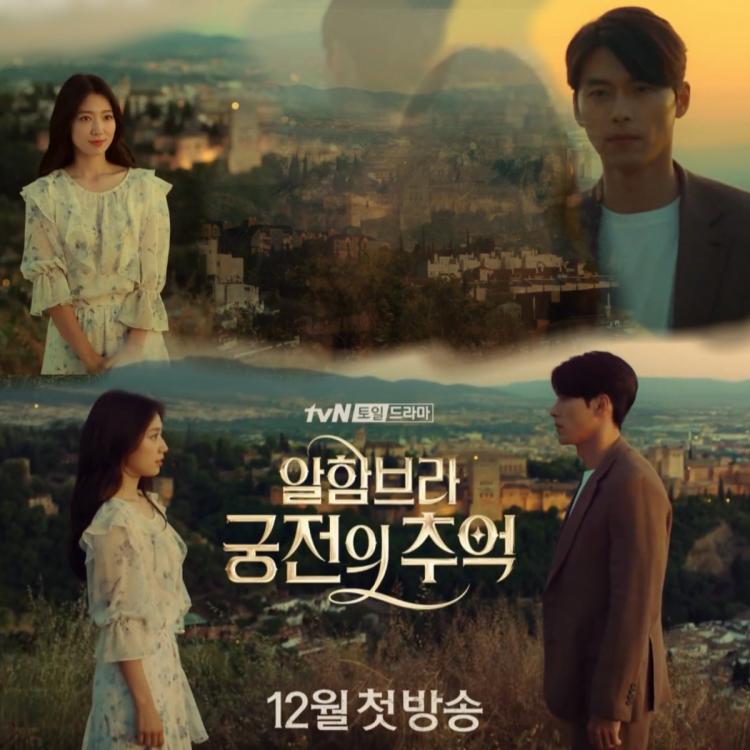 I was already looking forward to upcoming tvN drama Memories of Alhambra for leads Hyun Bin and Park Shin Hye, but the excitement has increased with the reveal of more substantive elements of the drama. The second set of preview teasers dropped this weekend and with it a heightened aura of mystery painting this drama in shades of noir rather than the romantic vibe of the first teasers where the leads meet on the outskirt cliffs of the city. Now we have worried running, a dangling payphone handle, clock on a certain time, train stations and departing trains, and looks of consternation all around. I love it, along with the visual compatibility of the leads. tvN is going to have all the buzz come December as Boyfriend with Song Hye Kyo and Park Bo Gum premieres on November 28 in the Wed-Thurs time slot and two days later Memories of Alhambra arrives December 1 in the Sat-Sun period.

Second teaser for Memories of Alhambra: