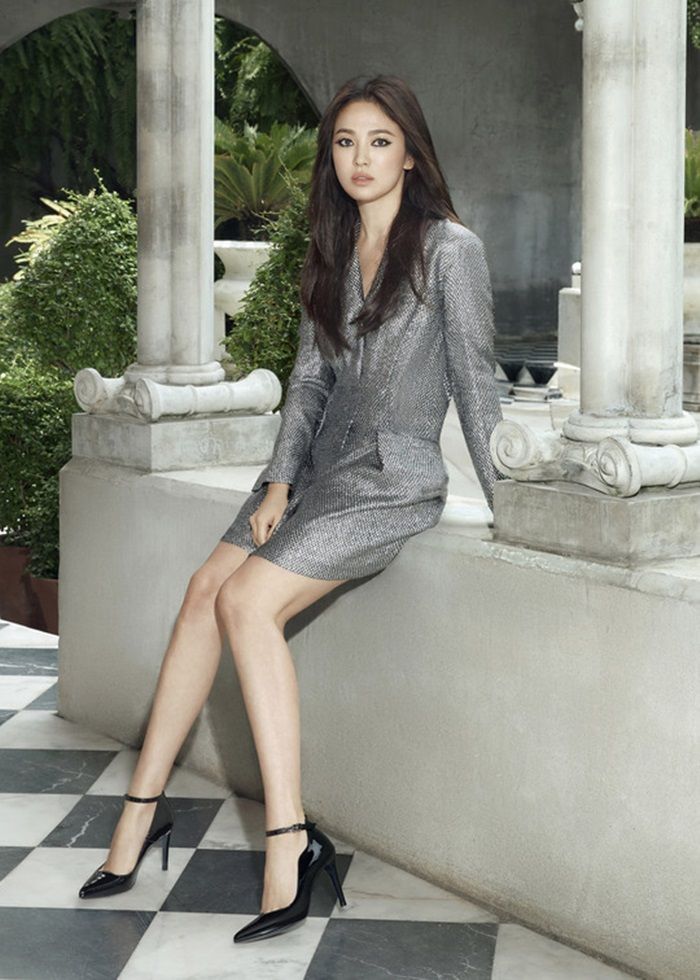 I’m guessing that this pictorial is selling shoes but all I see is a woman post-divorce showcasing a brand new look. Song Hye Kyo dropped a new pictorial to start the week and she looks fantabulous. Oh what some dramatic eyeliner and straightened hair can do for freshening up a look. I’m hoping sooner rather than later that all posts about her won’t need to mention her divorce and prior marriage but it’s yet early and honestly the couple really won the affections of the public so it’s understandable the public also needs to mourn the end of a dream onscreen pairing.