I wonder if these three wonder babies of pretty are so exhausted from filming the jTBC sageuk My Country that they woke up late for the drama press conference hence pulled random items from their closet. How else to explain the collective awful sartorial looks at the media event, complete with ill-fitting suits for the men and an eyesore of a dress for the female lead paired with soft fitting boots. Yang Se Jong has grown his hair out for this sageuk role so some of his curly haired look in the previews is his real hair so that’s sexy but goodness is both him and Woo Do Hwan dressed like their own grandpas. Seolhyun is a noted beauty with her stylish figure and pretty face but she’s wearing a dress that isn’t even pretty if we assumed it was intended as a retro look, and the slim boots do her no favors. All this quibbling aside, I can’t wait for My Country and these three kiddos better bring it onscreen. 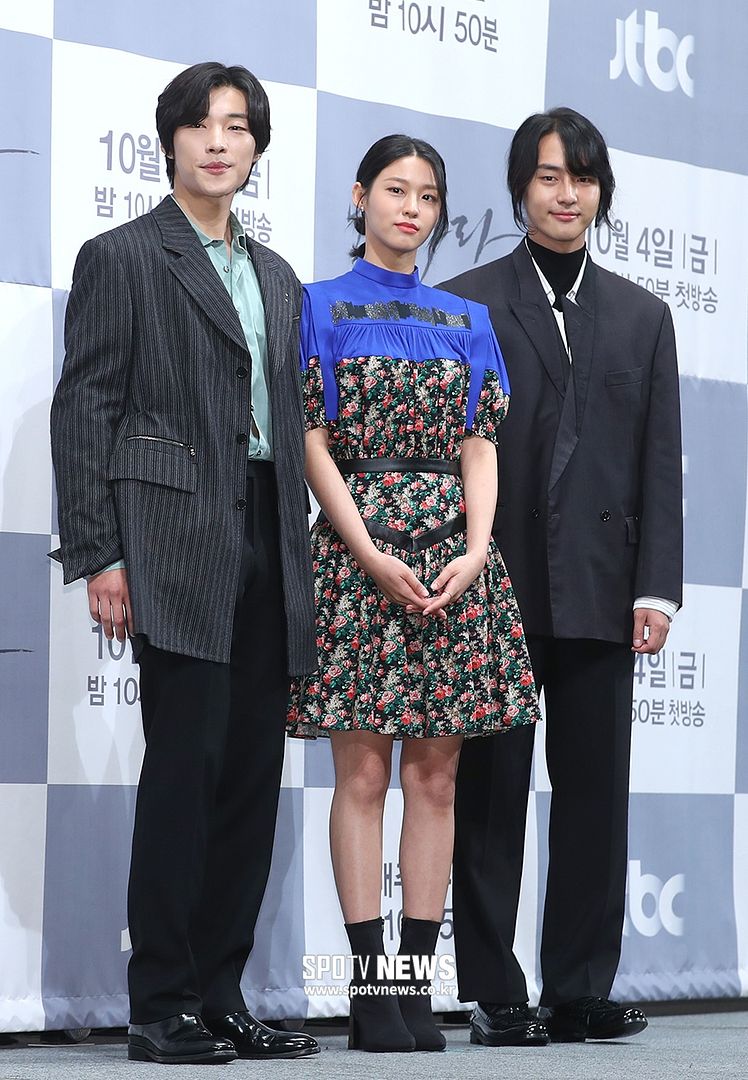