This will be a polarizing post I’m sure but it’s nagging at me for why I adore watching MBC Wed-Thurs manhwa fantasy youth romance drama Extraordinary You but always finish an episode wishing it was better. It’s clear after 10 episodes that I have a problem with female lead Kim Hye Yoon. The good is that she’s a natural beauty and doesn’t look a dime-a-plastic-surgery dozen like many of the other young actresses around her. She’s also a decent actress, not extraordinary like the four Kims – Kim Hyang Gi, Kim So Hyun, Kim Yoo Jung, and Kim Sae Ron – but she’s a actress that has skills rather than a star trying to act.

The bad is HER VOICE, OMG it’s nails on chalkboard bad and honestly not her fault if she was born with it but when she’s doing voiceovers and aegyo in recent episodes I’ve had to mute her and read subtitles. She also cannot generate any romantic/sexual chemistry with her male leads, the best she gets is with Lee Jae Wook but mostly because he’s burning with repressed emotion but even then she’s like a white wall. With male lead Ro Woon it’s like watching two dolls playact romance, a kid playing with toy Barbie and toy Ken, and it’s not Ro Woon‘s side because he may not be a good actor yet but he’s got natural onscreen chemistry but cannot overcome Kim Hye Yoon’s chasteness. 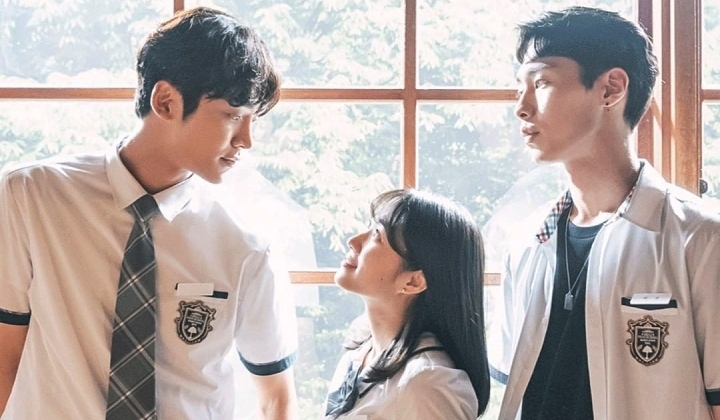 Kim Hye Yoon is of course touted as the next big actress thing, winning the Baesang Best New Actress award last year for her role in Sky Castle. But if her ability is to do serious darker dramas then she hasn’t demonstrated an ability to do dramas that rely solely on onscreen chemistry to sell a fantastical or silly premise, like side characters in a manhwa trying to gain independence. She’s got the most screen time but is the weakest link for me in EY because she’s such an important character whereas many of the other supporting actors and actresses are objectively not as good at acting as she is but I find them easier to watch onscreen. Sigh, this is so frustrating for me, her voice thing cannot change but she needs to go date in real life and figure out how to generate actual tension and chemistry with her male leads.