On one hand I’m glad there was some justice served but somehow it doesn’t feel enough and others are still getting away with criminal behavior in K-ent. The judge has sentenced singer Jung Joon Young to 6 years, Choi Jong Hoon of FT Island gets 5 years, and Yuri of SNSD‘s older brother Mr. Kwon will get 4 years in prison. They will also have to complete 80 hours of sexual violence treatment program. Apparently the men started crying and tearing up when the sentence was handed down. Oh cry me a river, though it is satisfying to see these predators become powerless finally. The charges were actual rape (when they would have sex with unconscious women who had drank too much or did drugs) as well as the crime of filming the sex and then sharing those videos on group chats. Obviously these guys will be out in a few years but at least their careers are over so they can’t benefit from their position of celebrity to prey on women anymore. 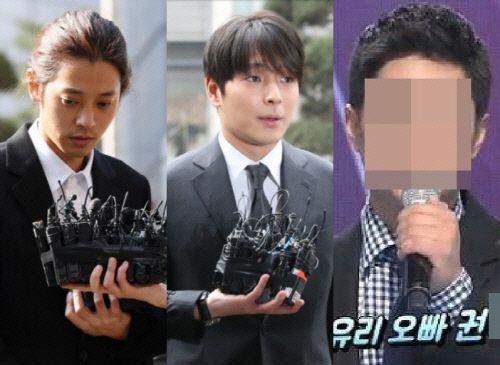