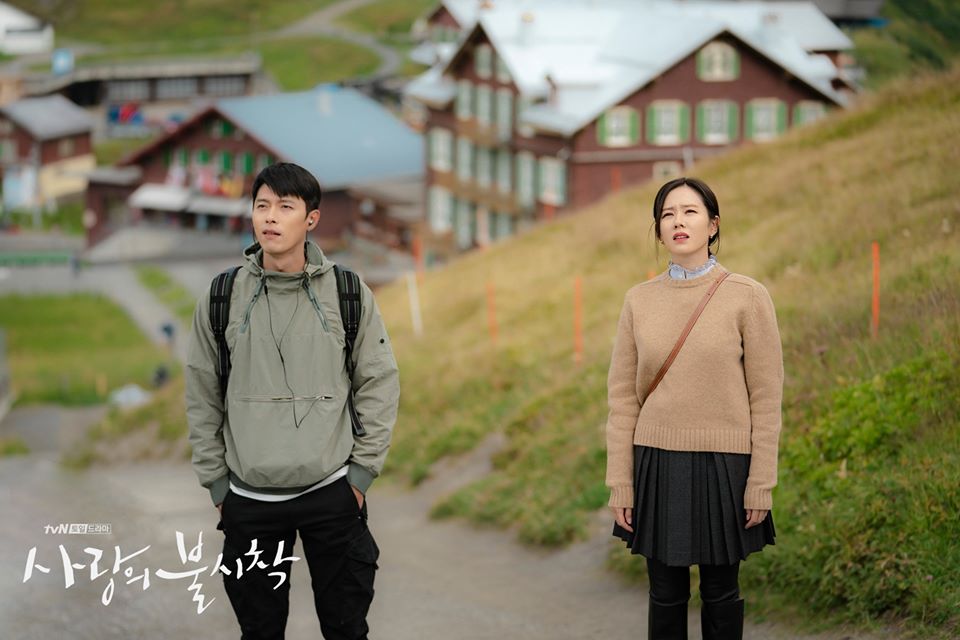 In screenwriter Park Ji Eun‘s last two hit dramas You From Another Star and Legend of the Blue Sea, she threw in reincarnation and past lives connection for the OTP so I should be relieved she’s just going for meeting in another place earlier with Crash Landing on You. I figure she threw in North Korean military officer to underscore how hard it will be for the two leads to be together in the future, as if to compete with alien-actress and con artist/mermaid. But then I wonder how he’s able to travel freely like the newly released stills and teaser scene at the end of episode 2 showing the leads watching the same paraglider at a Swiss countryside town. I’m surprised NK let him out of the country and even more surprised he went back willingly, lol. On top of that, she doesn’t recognize him later when she meets him in NK again? I would never be able to forget meeting someone who looks like Hyun Bin in real life heh. 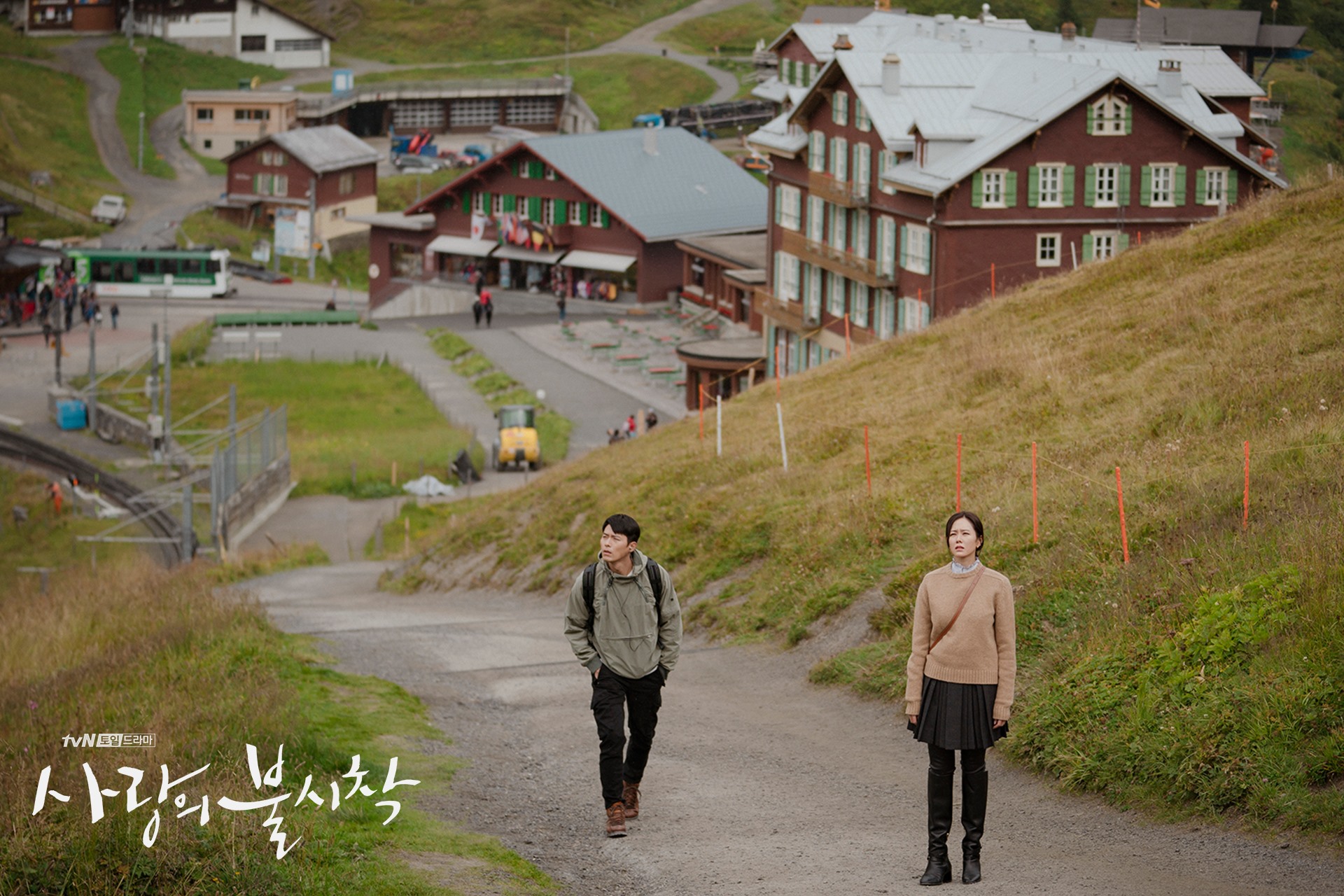 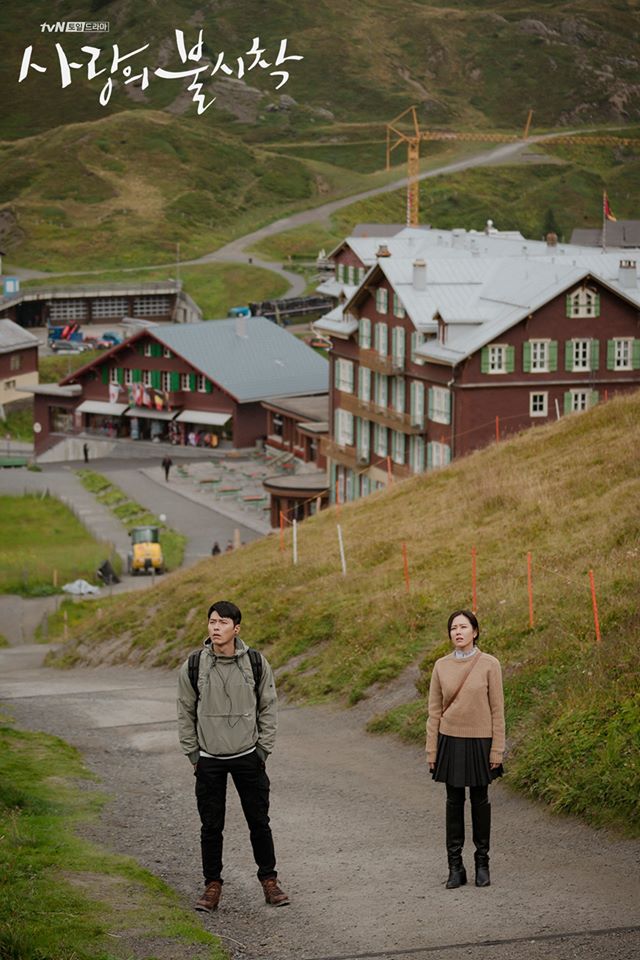 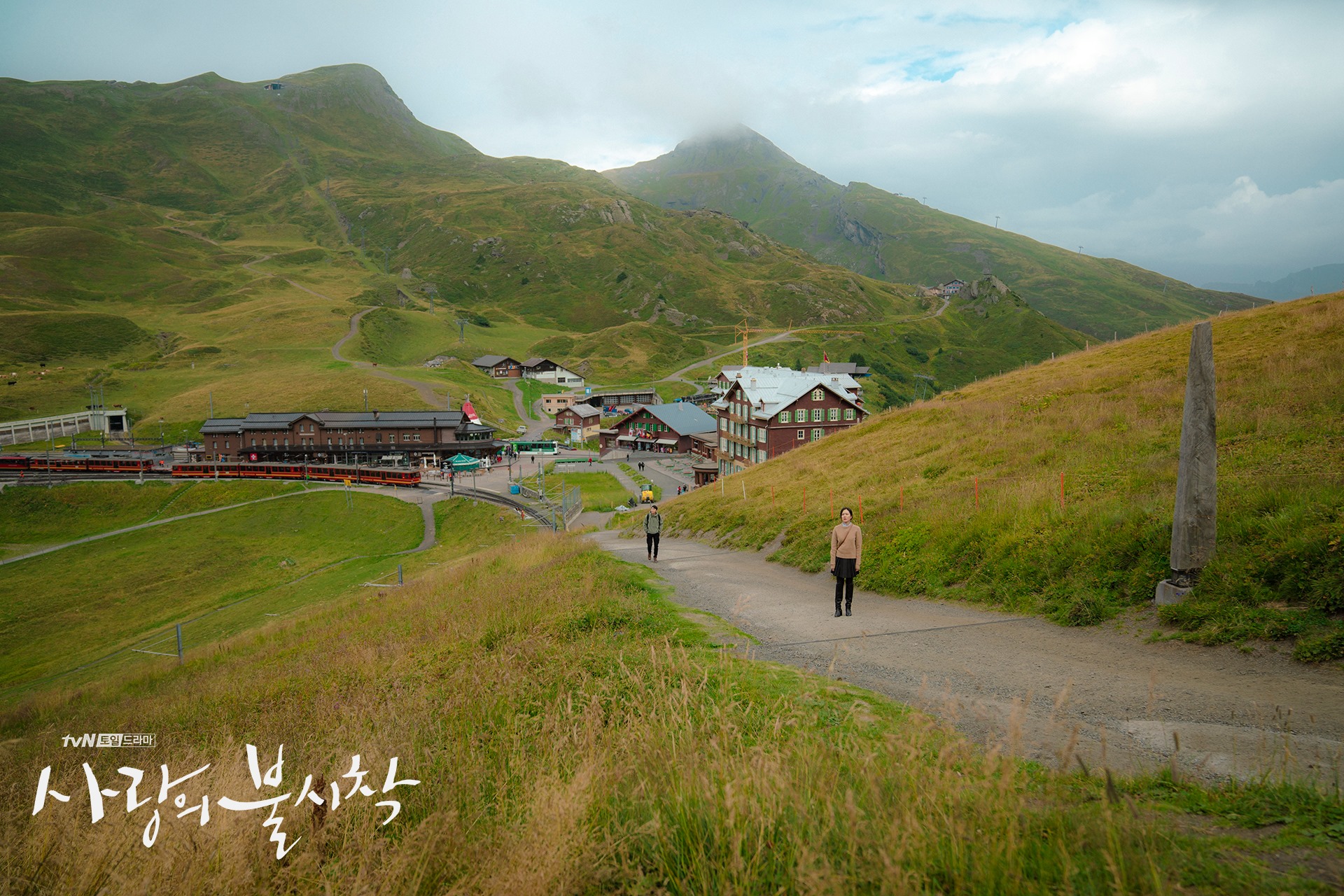 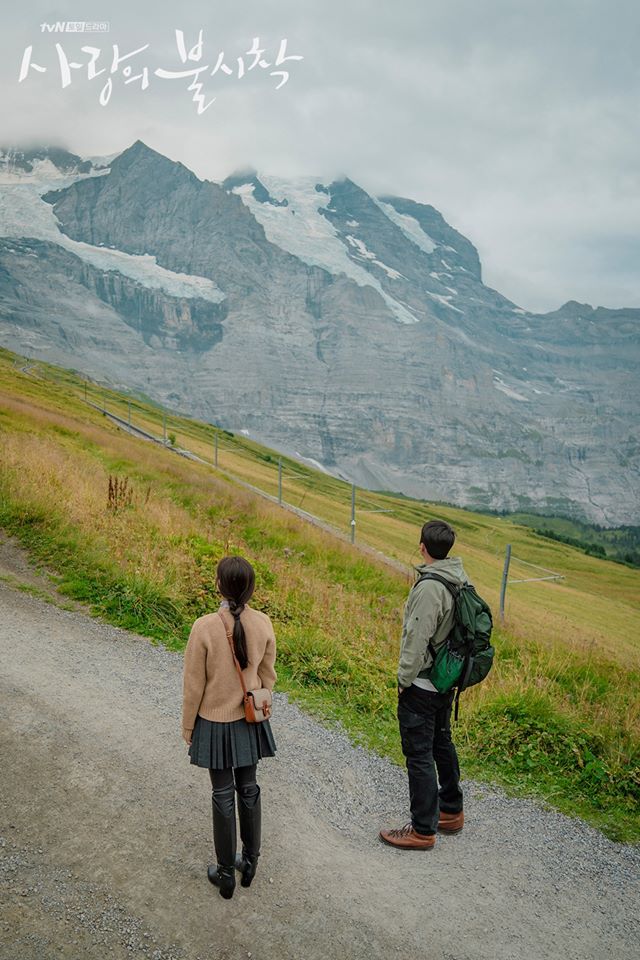 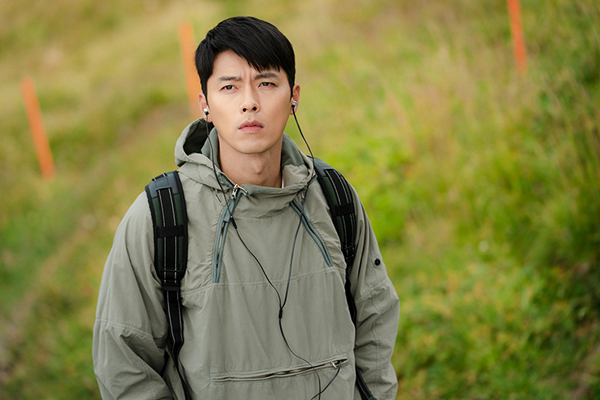