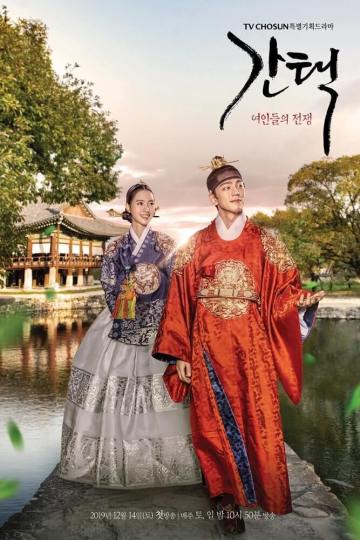 There’s a new hit drama to kick off 2020 with as the December 2019 premiering TV Chosun sageuk Selection: The War of Women with Jin Se Yeon and Kim Min Kyu is a confirmed hit six-episodes in. It started off at 2.557% AGB nationwide ratings and the most recent episode 6 got 4.226% already. That’s plenty of time for the drama to likely break the ratings record for smaller cable channel TV Chosun to set by last year’s hit sageuk Grand Prince which ended with 5.267% ratings in its final episode. If you would have told me even three years ago that Jin Se Yeon would be the queen of traditional style cable network sageuks I would have laughed you off stage right. But the actress has found her niche and is thriving despite being labeled a stiff and limited actress for most of her early years. I always found her watchable in the right roles and I guess said roles as as the strong willed sageuk heroine.