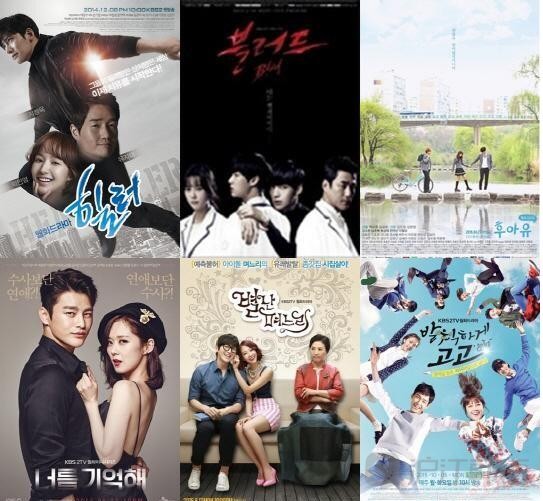 This is certainly a depressing way to get some press, and even the old adage that there is no such thing as bad publicity doesn’t seem to apply here as I can’t see an upside. K-ent media is addressing the long running ratings woes that have plagued KBS, above and beyond the general ratings depressed landscape among all the broadcasters. Compared to MBC and SBS, both of which have had real drama hits however rare in the last few years, KBS has been by and large unable to have any drama that wins in traditional ratings and buzz. The network’s Mon-Tues offerings in the last two years have been slayed in a blood bath one after another, and the Wed-Thurs dramas haven’t done much better other than Unkind Women winning that time slot but not by much and also generated no buzz whatsoever, and last year Joseon Gunman did relatively well but also wasn’t as sticky with the viewers. END_OF_DOCUMENT_TOKEN_TO_BE_REPLACED

Highly anticipated (by me at least) Hyde, Jekyll, Me arrives today and finally ends my worry about similar themes and crowded competition and whatnot. I’m not going to look gift horses in the mouth so there won’t be any complaints … END_OF_DOCUMENT_TOKEN_TO_BE_REPLACED

It’s worth checking back into the current Wed-Thurs ratings to see how the current drama crop fares with the new arrival of The King’s Face on KBS. The network has been guzzling the bitter broth of rating suck since Joseon … END_OF_DOCUMENT_TOKEN_TO_BE_REPLACED