I don’t know if anyone in the cast and crew knew they were sitting on a goldmine when they signed up for Extraordinary Attorney Woo. That’s the best kind of success, unexpected and from a product made with love and care that is being appreciated. The drama wrapped filming this week, so it has plenty of time to make post-production tweaks as needed with the remaining episodes left to air. The leads Park Eun Bin, Kang Tae Oh, and Kang Ki Young did a photo booth soot for Netflix to commemorate and also promote the drama which has been rocketing up the Netflix charts both worldwide and in many specific regions. All in all, it’s the drama even my attorney friends who are just casual K-drama watchers are all talking about. Way to go Attorney Woo!

END_OF_DOCUMENT_TOKEN_TO_BE_REPLACED So I was curious about this drama’s final casting and checked out the specs only to be surprised that it’s supposed to air in June 2022. That’s like a two weeks to six weeks away depending on when in the … END_OF_DOCUMENT_TOKEN_TO_BE_REPLACED 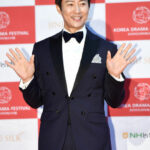 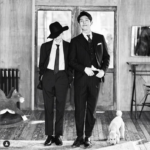 There are some actors and actresses who may not be famous by name but are famous by face. That’s the hallmark of a successful character actor who completes any drama or movie by bringing to life a crucial supporting role. … END_OF_DOCUMENT_TOKEN_TO_BE_REPLACED 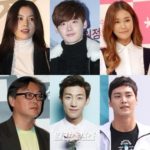 When casting started for MBC fantasy-romance-thriller drama W, it felt so far away and rather nebulous. There might be a bend in the time-space continuum because suddenly the drama is getting a full cast and premiere date is a little … END_OF_DOCUMENT_TOKEN_TO_BE_REPLACED