In a drama as big-budget and sprawling upcoming KBS Wed-Thurs drama Descendants of the Sun, there will surely be more than one big story line, and likely won’t rely on the leads romance or narrative to solely hold the audience’s attention. I remember being way more into the side stories in Heirs rather quickly in, and the main romance became the filler for me. That means second leads Kim Ji Won and Jin Goo have the potential to win fan hearts if they play interesting characters, deliver solid performances, and have palpable chemistry with each other in their romance.

There are new stills with them in their peacekeeper soldier uniforms, and Jin Goo certainly looks the part in a way that male lead Song Joong Ki just doesn’t on a visual glance. Kim Ji Won is a bit like a little girl playing dress up, but I like her enough to think she has a shot at working it if she tones down the tendency to overact by glaring. At least she doesn’t read her dialogue in a monosyllabic dead like Song Hye Kyo has been doing in her DotS teaser so far. 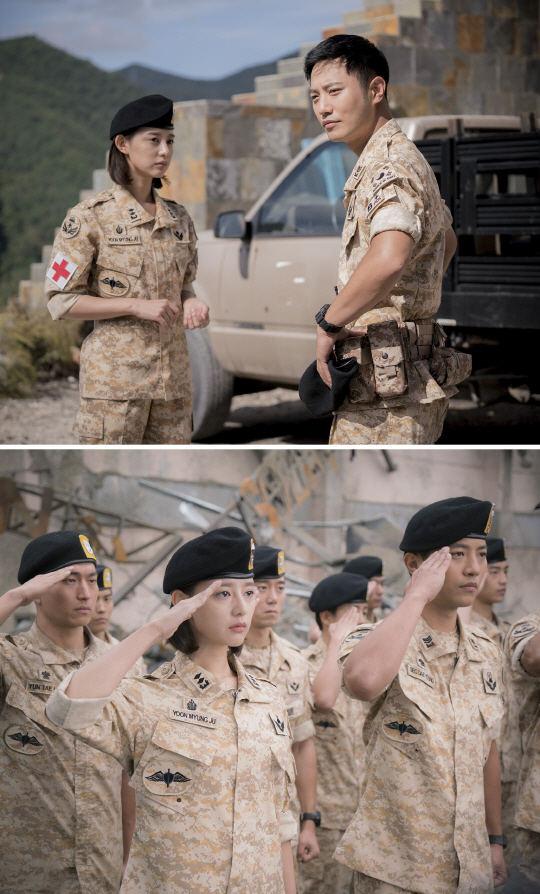