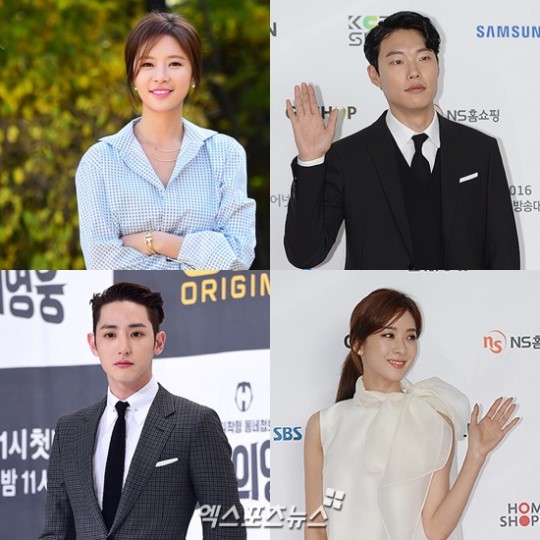 Filming has started on upcoming MBC Wed-Thurs drama Lucky Romance, and with it comes the confirmation as to the seconds leads who will be joining Hwang Jung Eum and Ryu Jun Yeol. It’s half of the rumored casting from last week – Lee Chung Ah will be the second female lead but the second male lead will be Lee Soo Hyuk instead of Taecyeon. I like Lee Soo Hyuk but Taecyeon is basically the born to play the puppy dog second lead type. The drama has started filming already with the leads snapped by fans filming outdoors by the lakeside cherry blossoms, with Hwang Jung Eum sporting the exact same hairstyle of Ryu Jun Yeol, lol. MBC may be trying to make short hair might in again as the look is also adorning Moon Chae Won‘s head in the currently airing same network drama Goodbye Mr. Black. Lucky Romance has a few more weeks to film before airing in on May 11th, taking on the earlier to arrive Entertainer on SBS with Ji Sung and Hyeri and Master: God of Noodles with Chung Jung Myung and Jo Jae Hyun on KBS.