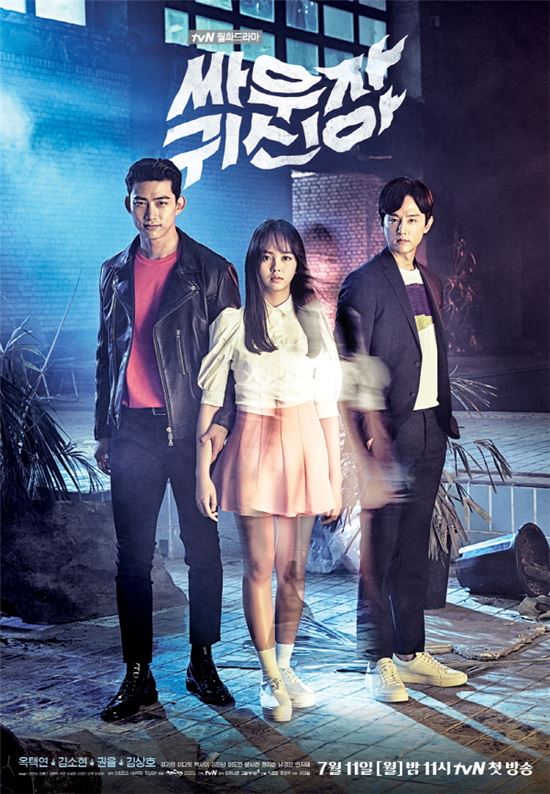 July is right around and the corner and heading to the small screens is tvN supernatural drama Let’s Fight Ghost. The drama posters are out and seem more superhero-esque than horror, with that blue backlit background and power pose of the three leads Taecyeon, Kim So Hyun and Kwon Yul. The individual character posters adds the scary element of ghostly discombobulated hands draped over the main cast but honestly this drama isn’t going to scare most people when the female lead is herself a ghostly character and the hero taekwondo fights with ghosts. Kwon Yul seems a bit like an odd man out in the proceedings, with Taecyeon and Kim So Hyun spending most of the screen time bantering and fighting as the drama title suggests. There is also huge hints to romance in the latest preview below but now I’m just getting onboard for the story and letting the OTP relationship unfold first before deciding if it works for me.