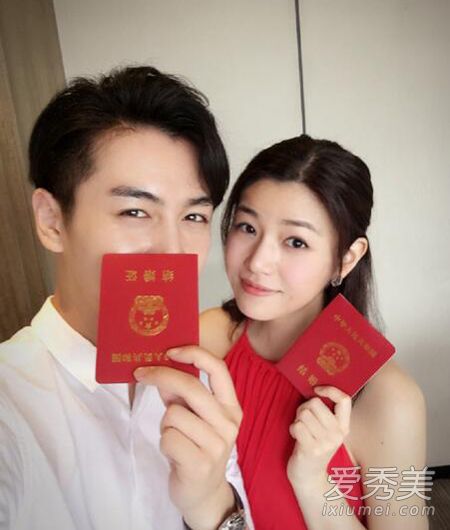 A lovey dovey wedding pictorial isn’t the only thing celebrity couple Chen Xiao and Michelle Chen have to share with the public. Two weeks out from their star packed wedding in Beijing towards the end of July, the engaged couple have surprised their fans with two additional nuggets of good news on July 5th which also happens to be Chen Xiao’s 29th birthday. The couple officially got married by registering their union with the Chinese civil authorities, and Michelle announced that she’s pregnant as well with their first child.

This isn’t a shotgun wedding in the least as the couple has been engaged since last fall when Chen Xiao proposed in Paris on a Seine river cruise so it certainly appears the couple is ready to start a family fast. Michelle is four years older than Chen Xiao so it doesn’t hurt to get cracking on expanding the brood and making cute babies. A double congrats to the couple, and since Michelle is still early in her pregnancy she’s certainly going to still rock her wedding attire in two weeks! 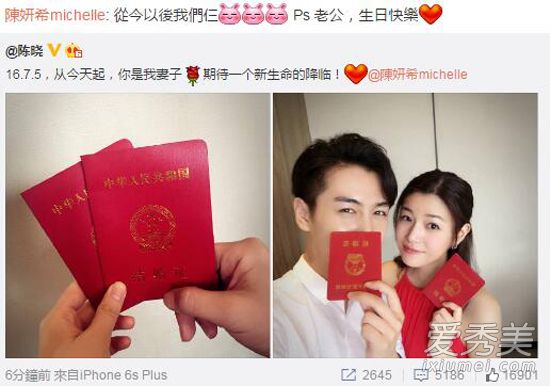