Bad news is coming in waves for this particular Park family of South Korea, and maybe the parents ought to be relieved that they only have two sons so no more scandal may be forthcoming. While older brother Park Yoochun‘s sexual assault allegation investigation continues, going on two months now, younger brother Park Yoo Hwan has also been thrust into the limelight this week for his own legal owes. Park Yoo Hwan is being sued in civil court by a woman claiming rights over a common law marriage. Turns out 26 year old Park Yoo Hwan has been in a long term relationship for the past four years with this woman, living together and presenting her as his fiancee/wife, so when he ended the relationship recently she sued him for breaking a common law marriage and asking for compensation. 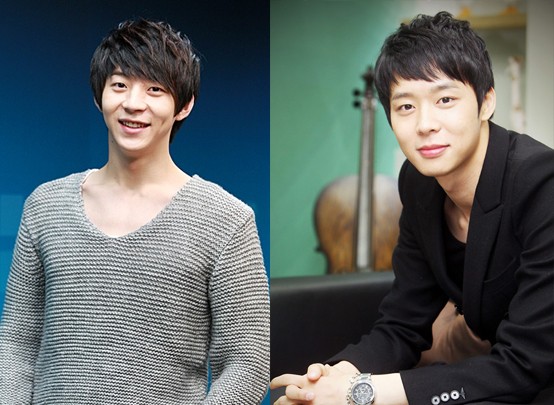 The scale and severity of the allegations facing each brother is significantly different, one being a criminal case and the other a civil matter akin to breach of contract. Korea has common law marriage rights which afford partners certain financial protections even without the legality of a marriage certificate. It all comes down to money and whether the requirements for a common law marriage were met in the cohabitation relationship of Park Yoo Hwan and his now ex-girlfriend. Looks like the summer of K-ent male actor scandals isn’t abating in the least.