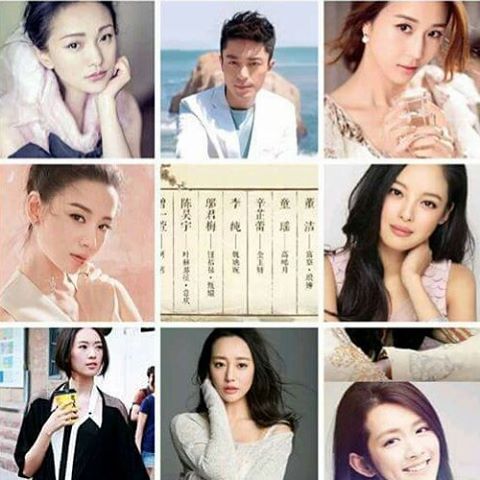 It’s probably a good thing that TW-actor Wallace Huo got married to real life actress wifey Ruby Lin before starting filming for his next big role as the male lead in the mega production of the sequel to palace C-drama Legend of Zhen Huan. It’s good for two reasons – one is that he shaved his head in real life for the Qing dynasty role and secondly is that he’s surrounded by so many beautiful actresses playing his onscreen wives and concubines. Nicely done, Wallace.

Filming is underway for Ruyi’s Royal Love in the Palace (Legend of Ruyi) starring Wallace and A-lister Zhou Xun as the titular Ruyi, with Wallace playing Emperor Qianlong in a role that heavily courted HK movie star Tony Leung but in the end couldn’t lure him back to drama land. I’m just as happy with the Wallace-Zhou Xun pairing and the beauties joining in the palace lady intrigue and catfights, including Dong Jie, Janine Chang, Tong Yao, Li Chun, Vivian Wu, Chen Hao Yu, and Zhen Yi Xuan. Ruyi is definitely shaping up to be the biggest C-drama of 2017.