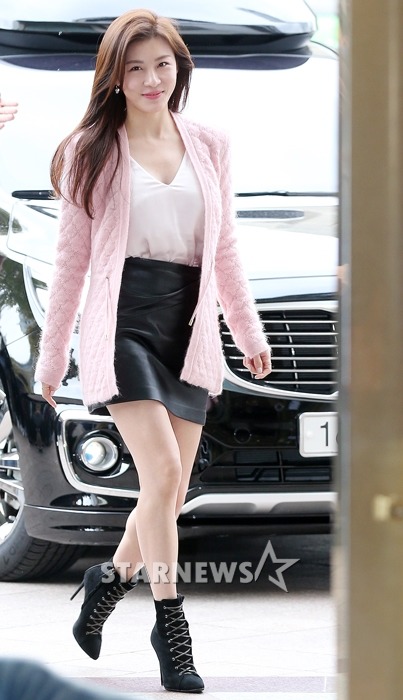 The original Hallyu stars were out in force this past weekend – while Kim Tae Hee, Han JI Min and Jang Dong Gun attending one event while across town Ha Ji Won showed up to adoring fans on her solo outing. I’m not a fan of her outfit at all until I realized that the color scheme of the Stylus event was pink and white, so points for her dressing to match. If she took off the baby pink cardigan then I think she would have pulled off the simple white v-neck t-shirt with leather short skirt thanks to Ha Ji Won’s athletic and womanly aura. But the pink cardigan makes it look neither here nor there. She still slays the crowd like a queen, after a certain age confidence is priceless and the best kind of sexy. 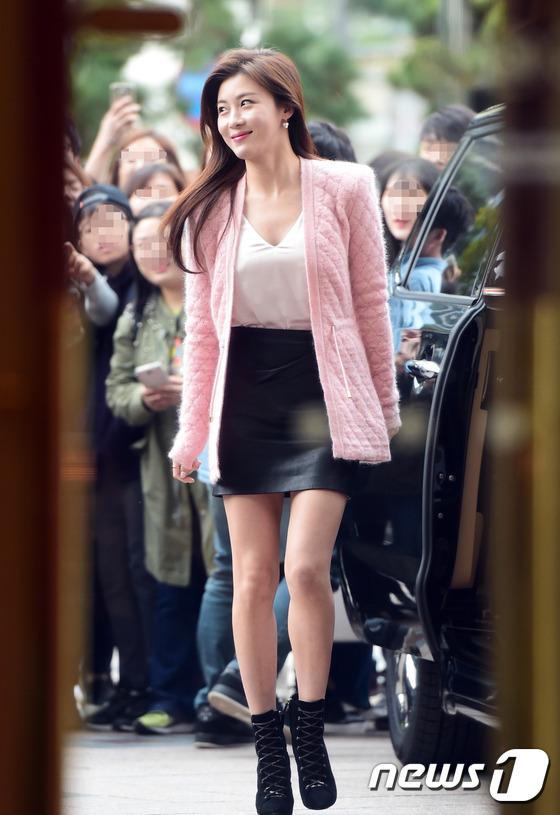