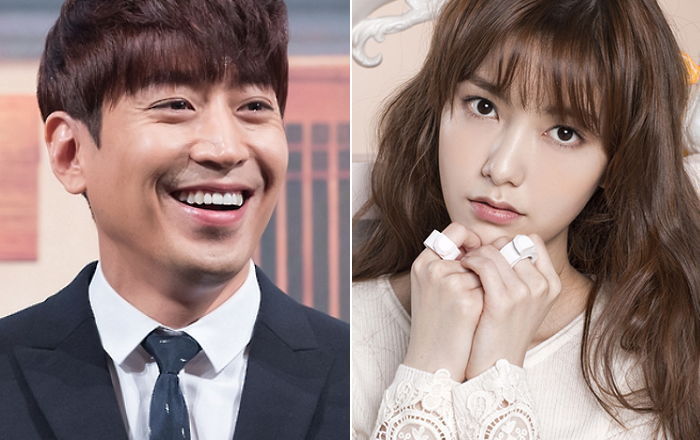 I can’t believe in this day and age in 2017 there is still the need for a male idol star to issue an apologetic statement after announcing an impending marriage. Eric of Shinhwa, who has long since his idol debut days transitioned into a legit actor and still managed to maintain his idol roots, recently announced his July 1st wedding to model actress Na Hye Mi. Apparently in the week or so since his announcement, there have been some fans who claim his wedding is irresponsible towards his idol group and have also announced an their intention to shut down Eric fan sites. First off, those fans are ALL wrong, there isn’t even a gray area here and I’m usually all about nuances. But the nice part of all this is that Eric took time out to issue a second statement addressing these grievances and it’s full on leader takes charge mode that makes me love him even more.

Because this sudden announcement, I know people have been taken aback. But rather than have reporters reveal it, I thought it was better for me to share it directly. Before releasing the statement I had long talks with Shinwa members and I believe that only by handling our marriage matters well can we build a long lasting Shinwa. As the leader I am actually relieved to be the one shouldering the brunt of the angry responses. I don’t want to wait until we are all old and not popular and all lonely, to be resenting what we have sacrificed for Shinhwa these past tens of years. My biggest wish is that members and fans are all happy. So everyone, please don’t be angry and say mean words to the members and the Shinhwa that we have all protected all these days. If everyone thinks that as the leader and representative of the agency I did not act responsibly, then I can step aside from these roles and have someone take over that people are happy with. No matter when I am ready to do so. My ideal is for Shinhwa to forever have a cool existence.