A top star former couple is back in the news this weekend and there are some details of their relationship and breakup worth noting. Movie stars Kim Hae Soo and Yoo Hae Jin got close on the set of movie Tazza and started dating shortly thereafter. Their relationship lasted for nearly 3 years before breaking up in 2011, which is like eons ago in the minds of netizens seeking the next breaking story. Their relationship was never embraced by the public because she was this sexy gorgeous actress and he was a character actor with less than mainstream good looks.

An entertainment reporter on a talk show this weekend who covered their relationship back then explained that Kim Hae Soo’s mother bought into that mind set thinking Yoo Hae Jin was not good enough for her daughter and pressured them to break up, even going so far as a hunger strike to force Kim Hae Soo to end the relationship. Da fuq, that is so straight out of a weekend makjang drama. The reporter explained that the couple broke up in the end due to family pressure and personality difference, she was outgoing while he was shy and reserved. It’s such a bummer because both remain single to this day, he’s 47 and she’s 46 and I kinda hope they find their way back together just to make this a K-drama-esque happy ending. 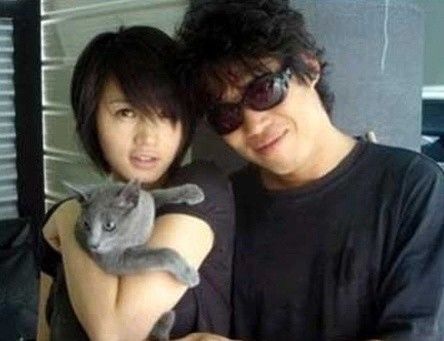