Two new Mon-Tues dramas arrived to newly equal lackluster welcome, even I can’t muster up much energy when I see all three Mon-Tues dramas in a row and it feels so similar in genre. KBS is wrapping up Witch’s Court which remains in the lead and this Monday’s episode took in 11.9% AGB nationwide ratings. MBC‘s swindler in a cop’s body drama Two Cops came in third at 4.6% but faring little better was SBS drama Doubtful Victory at 5% with a story being an escaped wrongfully convicted prisoner takes over the identity of a cop to serve up a side of justice. The only breath of different air is tvN cohabiting romance This Life is Our First with 3.786% ratings heading into the final four episodes. After Witch’s Court next Monday is office drama Jugglers to differentiate from the other two cop dramas. 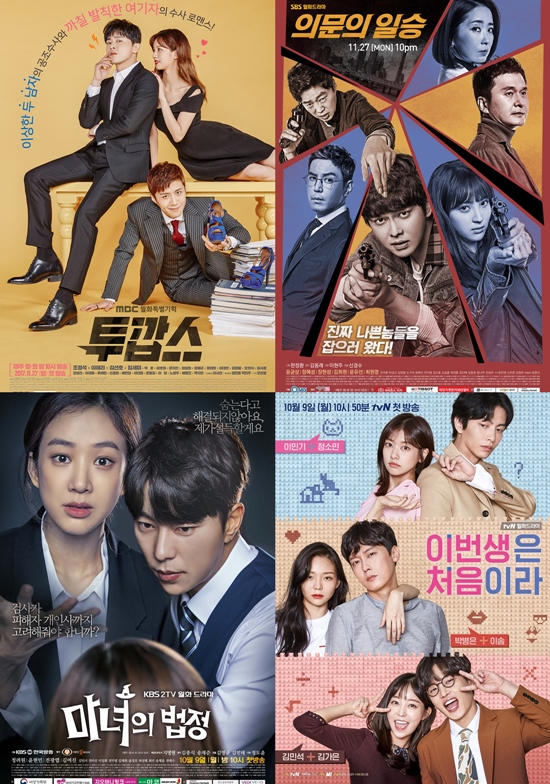