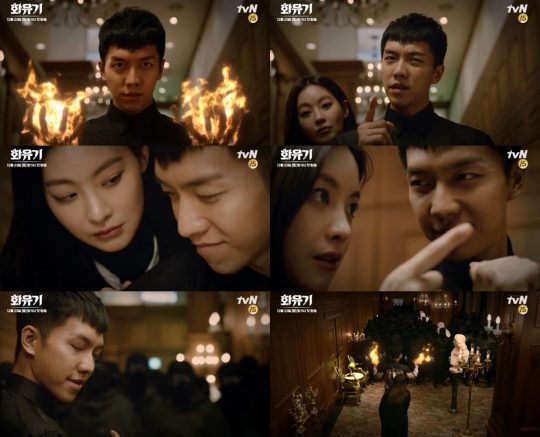 I love a good bicker laden drama as long as the humor is on point and used judiciously to break up tense moments or set up a punch line. K-drama Hwayugi (A Korean Odyssey) posits that the Chinese classic tale characters of the Monkey King, Monk, and Bull Demon King are in modern Korea and still have to deal with each other along with dark supernatural forces. Lee Seung Gi is the cocky Monkey King who wants to round up minions first as Oh Yeon Seo’s Monk gives him the go order, while on the other side a dapper dressed Cha Seung Won with his bull head magical cane as the Bull Demon King blames the Monkey King and Monk for being the reason he hasn’t become a god yet, and calls them his “evil fate” all while grimacing because neither are intimated by him.