The fully pre-produced K-drama Tale of the Gyeryong Goddess (English title Mama Fairy and the Woodcutter) is off to a visually pretty start by showcasing female lead Moon Chae Won‘s ability to believably turn into an immortal fairy stranded in the mortal Earthly realm. She plays a fairy that comes down to Earth and loses her fairy wings, in the process falling in love and marrying her mortal husband. Unfortunately he does an early untimely death and she waits nearly 700 years for him to be reincarnated. In the present time she’s running a tea house and coffee shop in the guise of an old lady but those who can pierce through her magic can see her true beautiful form. Moon Chae Won hasn’t done a sageuk since The Princess’s Man and this time she’ll have fun with the fantasy elements and fusion modern hanboks as she traverses the centuries from Joseon era to now. 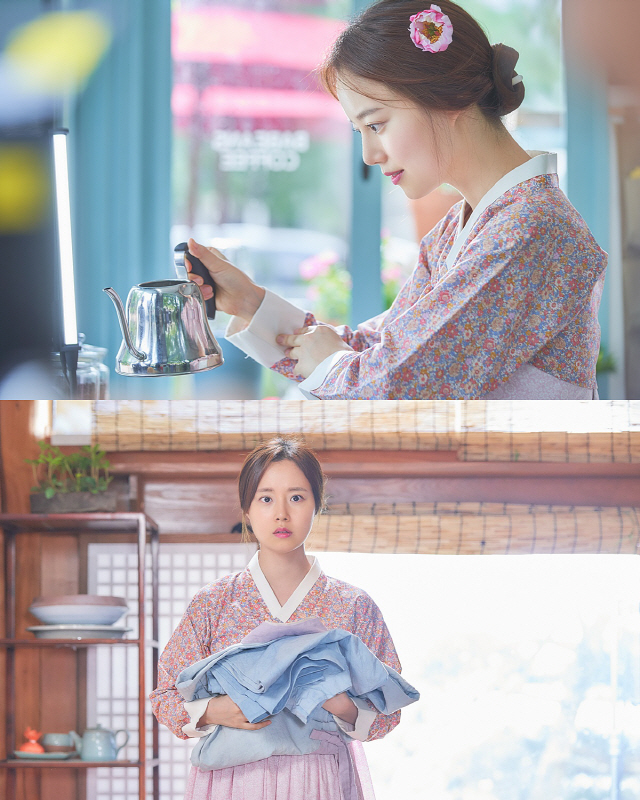