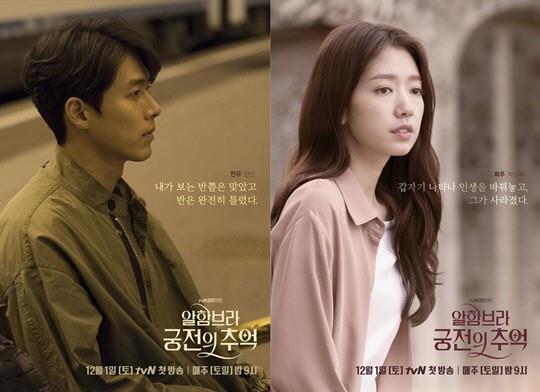 K-actress Park Shin Hye has been doing adult roles for years now but I often still instinctively think of her as young adult rather than a mature leading lady in her own right, I think Heirs was the blip that put her back into my mind as a teen and it’s still a role I haven’t fully forgotten. But she’s 28 years old, 30 in Korean age when you’re born at 1 years old and then add another at the beginning of each year. I think upcoming Memories of Alhambra will do well in showcasing her maturity, running a hotel in Spain and taking care of her little brother, being awesome and capable and also getting a super handsome, smart, rich dude in Hyun Bin dropping into her life. They two look fantastic in their solo character posters, and the below released BTS really highlight how the production integrated the Spanish location shoot into the story.

BTS for Memories of Alhambra: