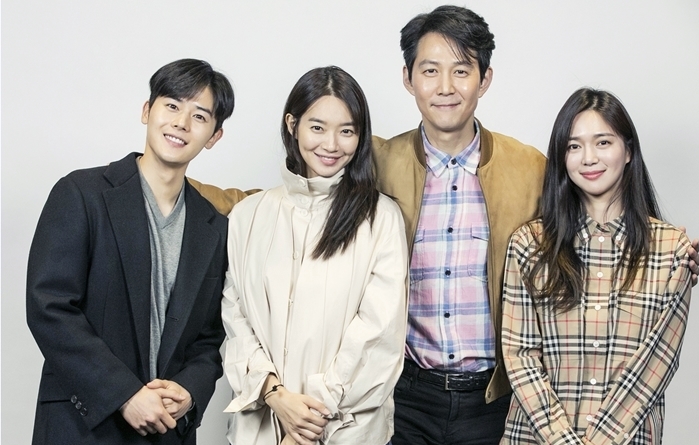 This has all the hallmarks of a good drama, being on cable with a serious political turn in this day and age where politics seem more than ever to play a role in daily lives. jTBC kicked off script reading for Aide starring Lee Jung Jae, Shin Mina, Kim Dong Joon, and Elliya Lee. Lee Jung Jae plays a top political aide with calculating smarts and strong personality to win, and his counterpart is Shin Mina’s lawyer turned elected rookie lawmaker in the assembly. They butt heads from opposite sides of the aisle and of course sparks may simmer and then fly. The drama is from the PD of Chuno, Miss Hammurabi, and The K2, with the script by the writer of Life on Mars and Let’s Fight, Ghost.