The Wed-Thurs prime time drama slot continue to be so far off the heyday of ratings it’s not even entertaining anymore to keep track of the abysmal numbers. There were two dramas that premiered the same week which usually yields an interest in which won the night but here’s it’s like watching two people weakly slapfight. KBS fantasy drama Angel’s Last Mission: Love (Dan, Only Love) came out on top with a measly 7.3% in episode 1 and 7.7% in episode. It lead the night over the other newcomer Spring Night at 3.9%, 6.0% for episodes 1, 2 and the next night 3.6%. 5.6% for episodes 3, 4. Both outclassed the SBS remake of Absolute Boyfriend bring in absolutely dreadful averages of 2.5% through 6 episodes now. I haven’t watched Angel yet but Spring Night is just dullsville from color to character personalities to story line. It has the PD Ahn aura with nothing to hook a viewer. If Angel turns out worth watching that’ll be a blessing otherwise it’s a wash for the time slot in the next two months. END_OF_DOCUMENT_TOKEN_TO_BE_REPLACED 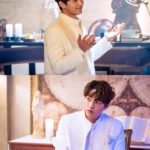 If the Heavens sent me L (Kim Myung Soo) as my personal love angel then imma so going to fall in love with him on set what with his boyish grin and charming dimples on full display. The fact that … END_OF_DOCUMENT_TOKEN_TO_BE_REPLACED 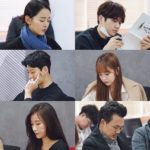 The first thought I had when I saw the drama stills for upcoming KBS Wed-Thurs drama Dan, Only Love is that it was just good enough but not wholly believable. Ballet is an entire body dance form not just going … END_OF_DOCUMENT_TOKEN_TO_BE_REPLACED 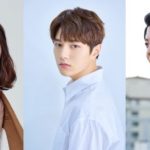 It’s funny how with the casting of the other male lead suddenly I think this drama has more potential. The three leads are confirmed for KBS angel-human fantasy romance Dan, Only Love, with Shin Hye Sun as a ballerina who … END_OF_DOCUMENT_TOKEN_TO_BE_REPLACED