If this turns into another Kairos I’m good with it, objectively that was one of the best dramas in 2021 albeit super low rated and the same PD is behind Adamas and so far it’s not a promising start. The thriller investigative drama premiered last week but most of South Korea is in an Extraordinary Attorney Woo collective euphoria so airing in the same time slot is basically the worst timing ever. Episode 1 got 3.502%, then 2.849% for episode 2, and now episode 3 came up to 3.339%. Kairos took a few episodes to get going and hook me good but I started midway in due to the rave reviews from the small group of fans watching and that worked out better as I could marathon to the really addicting parts before live-watching. I’m planning to do that with Adamas as well but if anyone is watching now please share some initial reviews!

END_OF_DOCUMENT_TOKEN_TO_BE_REPLACED 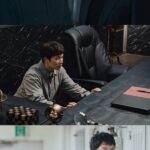 Okay, this is totally the handiwork of the Kairos PD! Like, it has all the trappings of being just as awesome with a different twisty story. The new preview out is da bomb, so sleek and yet thrumming with just … END_OF_DOCUMENT_TOKEN_TO_BE_REPLACED 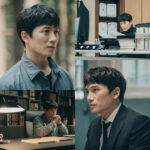 When there are twins in a drama its typical to style them differently but Ji Sung as twin brothers in Adamas just switches clothes lol. New stills and an action suspense laden new preview is out and the drama is … END_OF_DOCUMENT_TOKEN_TO_BE_REPLACED 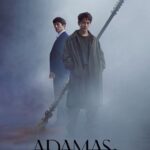 When I saw the first poster and preview for upcoming tvN drama Adamas, it suddenly reminded me of the fantastic J-dorama Ourorboros. It stems from the use of an ancient figure, the Ouroboros is both Egyptian and Greek and Adamas … END_OF_DOCUMENT_TOKEN_TO_BE_REPLACED

First half 2022 K-dramas are all done and now it’s time to look forward to the second half of the year projects that are on the horizon. tvN thriller Adamas is definitely one of those a high profile dramas with … END_OF_DOCUMENT_TOKEN_TO_BE_REPLACED 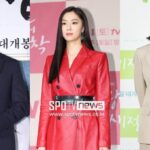 Wow, talk about a stellar combo all around! New casting news midweek to shake up the joint as tvN announced that it has cast Ji Sung in a drama scheduled for 2022 that once again stretches his versatility. The drama … END_OF_DOCUMENT_TOKEN_TO_BE_REPLACED