This is such a disheartening news to hear but there is a silver lining. Veteran award-winning Korean actor Ahn Sung Ki has revealed to the public that he’s been battling blood cancer for the past year. I don’t know if its leukemia, lymphoma, or myeloma specifically but he gave an interview over the weekend in response to concern over his health after making a public appearance last week. He was seen needing assistance and wearing a wig, and he explained that it was due to his cancer treatment but he was doing well after radiation therapy and was feeling good enough to make a public appearance. Wishing him the fullest recovery possible for his condition as he’s truly one of K-ent’s legends in the film world who has touched so many viewers with his works onscreen and his well-regarded character offscreen.

END_OF_DOCUMENT_TOKEN_TO_BE_REPLACED 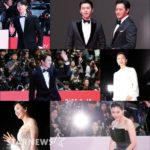 If this week’s sad showing of mostly second and third tier K-stars at the Korean Drama Awards, then it was the exact opposite at the opening night red carpet of the 2018 Busan International Film Festival where I felt so … END_OF_DOCUMENT_TOKEN_TO_BE_REPLACED 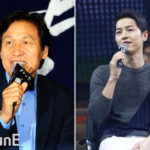 The different tastes of the Chinese and Korean audiences is once more at the forefront as a new poll taken of one thousand voters revealed results that differed some in quality while still hewing to similar popularity barometers. Song Joong … END_OF_DOCUMENT_TOKEN_TO_BE_REPLACED

It’s the 5th year the Korean entertainment industry has run its annual Good Downloader Campaign aimed at curbing piracy and illegal downloads. Good luck with that, but the campaign always gets the most famous and gorgeous stars to participate and … END_OF_DOCUMENT_TOKEN_TO_BE_REPLACED

This is about as high wattage as it gets for movie premieres in South Korea. The upcoming Joseon-era sageuk movie Gwanghae: The Man Who Became King (English title Masquerade) starring Lee Byung Hun, Han Hyo Joo, and Ryu Seung Ryong … END_OF_DOCUMENT_TOKEN_TO_BE_REPLACED

Woah, Mamma Mia! To celebrate its 16th anniversary in publication, Vogue Korea rounded up a who’s who of Korean male actors ranging from the esteemed veteran (Ahn Sung Ki) to the youngest little wunderkind (that would be Yoo Seung Ho). … END_OF_DOCUMENT_TOKEN_TO_BE_REPLACED