This post doesn’t need any editorializing, and really just needs to be viewed and savored. A talented and oh so generous K-netizen (doing the drama gods service!) created a one picture image for some of the most popular and beloved K-drama romances in the last two decades that captures the beginning and end. It’s called “Watch an entire K-drama in one picture” meaning from the first image seeing two people who don’t know/don’t like each other to when they are happily together, even without seeing the entire in between we can glean the progression of the romance from their chemistry and body language. The above remains a classic, the Hallyu top actress and the alien professor neighbors in You From Another Star. Others that tug at my memory strings include It’s Okay, It’s Love, Coffee Prince, Kill Me, Heal Me, and Answer Me 1988. The sole misstep was not using the two teen actors in the Will it Snow for Christmas of the pre-romance portion and instead just the two adult leads. Without further ado, please enjoy!

END_OF_DOCUMENT_TOKEN_TO_BE_REPLACED 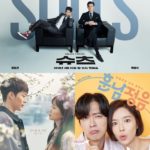 A slotting in of new dramas in two networks has solidified the lead of KBS legal drama Suits in the lead among a generally weak pack of prime time dramas. Suits is staying steading in the 9% range with Thursday’s … END_OF_DOCUMENT_TOKEN_TO_BE_REPLACED 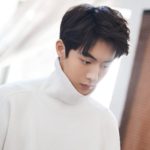 Nam Joo Hyuk is one of those faces I could stare at for a long time, it’s manly and beautiful at the same time and has slight breaks in symmetry to male for an artist’s dissection. Too bad he’s so … END_OF_DOCUMENT_TOKEN_TO_BE_REPLACED 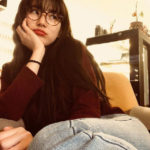 This may really be the epic height of wooden acting heretofore never seen in K-dramas and if it’s going to happen then I’m all in to watch it unfold. Actress-singer Suzy has been busy promoting her solo music comeback from … END_OF_DOCUMENT_TOKEN_TO_BE_REPLACED