The drama adaptation of Nirvana in Fire was such a smashing critical and popular success it’s a no brainer to make a sequel, lesser received dramas have spawn follow ups but this one comes with heavy expectations that will be hard to match. The exact same production team is back for Nirvana in Fire 2 (Wind Rises From Chang Lin) but the cast from the original isn’t back for narrative reasons and because they’ve all moved on to bigger better things. So Nirvana in Fire 2 is set 30 years after the time period of the original and will be split into 2 stories of 24-episodes each. The first will have Huang Xiaoming and Tong Li Ya as the leads, the former as the General of the famed Chang Lin army, and his story will then be followed by young actor Liu Hao Ran playing his younger brother with his own narrative and love line with Zhang Hui Wen. I’ll keep my hopes measured but as long as the production team keeps the quality the same high level and the director imparts the same restraint then it’ll be a drama worth watching come this November even with a new cast. END_OF_DOCUMENT_TOKEN_TO_BE_REPLACED 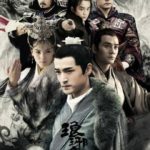 Mainland Chinese dramas have taken great leaps forward in quality in recent years, but the sheer quantity of output makes it a veritable smorgasbord of offering too voluminous for the novice to sort through. I only watch what interests me, … END_OF_DOCUMENT_TOKEN_TO_BE_REPLACED 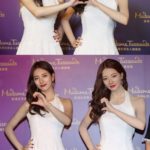 This week there are three new big name offerings to the Asian outposts of Madame Tussauds Wax Museum and all three are quite familiar to me so I can at least gauge the wax versus real facsimile. First up was … END_OF_DOCUMENT_TOKEN_TO_BE_REPLACED 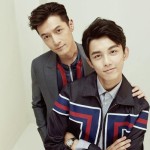 Hit period C-drama Nirvana in Fire (Lang Ya Bang) was many things, and one of them was the epic bromances all around. It wasn’t just one, or even two, but three and beyond, that’s some crazy tight characterization storytelling to showcase … END_OF_DOCUMENT_TOKEN_TO_BE_REPLACED

There’s another intensely rich in story and visuals period C-drama on the horizon and every tidbit that has come out has only looked better and better. With my posting about Hu Ge this week it’s the perfect time to showcase … END_OF_DOCUMENT_TOKEN_TO_BE_REPLACED