I’m so relieved and optimistic about Rain‘s upcoming drama, despite the a bit of casting go-around and plenty of drama name changes. The drama is now called Please Come Back, Ahjussi, after starting off with Goodbye My Beloved One and recently trying out Hello My Precious. The full cast has now been fully confirmed, with Rain headlining along with Oh Yeon Seo, Lee Min Jung, Kim Soo Ro, Honey Lee, Yoon Park, Ra Min Ran, and Park Chul Min.

Come Back Ahjusshi is about Kim Soo Ro’s middle aged workaholic manager who dies unexpectedly and get a second chance to come back in the body of another to finish his unfinished affairs. It’s based on a Japanese novel that’s been adapted into a J-dorama once, and in this go around the K-drama adaptation will be directed by PD Shin Yoon Sub who helmed Ugly Alert and Rooftop Prince. Script reading will take place next week with filming commencing immediately as the drama has gotten the Wed-Thurs time slot on SBS following Remember. 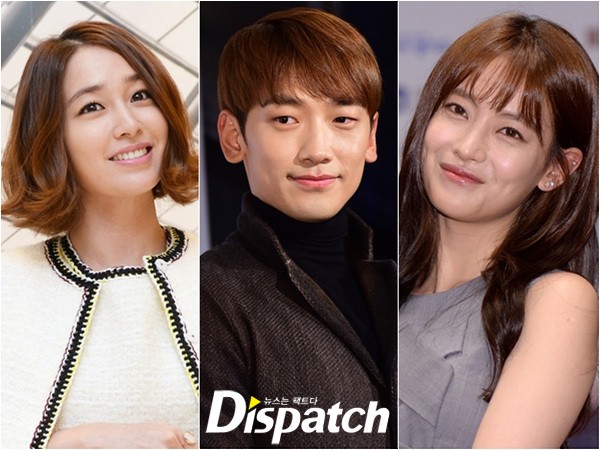 Please Come Back Ahjusshi won’t only be Rain’s comeback drama, it will also be Lee Min Jung’s first drama since Sly and Single Again. Whereas leading lady Oh Yeon Seo has been on TV quite a lot in the last two years in well-received dramas, but this will mark her first SBS drama. I like this casting, honestly anything is better than the wacky casting of My Lovely Girl. It could have worked if Rain was paired up with an older actress than Krystal, or if the drama was about Krystal and L‘s younger idol romance. Smushing the two disparate elements together resulted in bizarro K-drama acting and storytelling. I’ve much better hopes for Please Come Back Ahjusshi. Hopefully the domestic audience will receive it better now that Rain seems to be slowly easing back to their good graces.