Casting is complete for upcoming web drama Cinderella and Four Knights, and is way more promising that I initially thought. Thanks to locking down K-movie actress Park So Dam, this fluffy drama adaptation of a manhwa merits a look even if the rest of the cast is hit and miss. The male leads are Jung Il Woo, Ahn Jae Hyun, and Lee Jung Shin, playing rich cousins, while Choi Min plays their bodyguard, and together make up the four knights to Park So Dam’s Cinderella.

Rounding out the cast is Son Na Eun from girl group A Pink, a group I only know one member of and that’s Jung Eun Ji, so it’ll be interesting to see if Son Na Eun makes an impression on me. The story line of a regular girl living with related rich boys in a strange mansion reminds me so much of Horikita Maki and Mukai Osamu‘s Atashinchi no Danshi, which was inconsistent in execution but had a great kooky set up. Cinderella and Four Knights will be fully pre-produced at a short 16 episodes and air later this year. 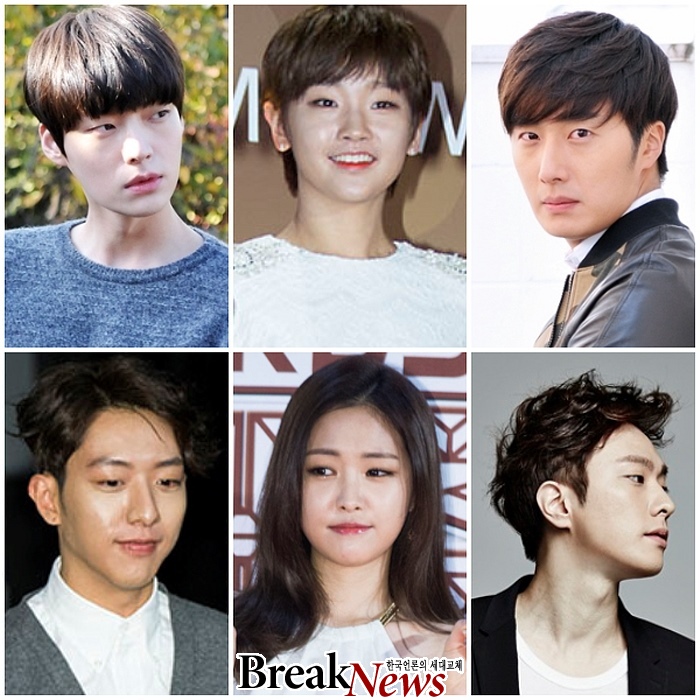 The drama may seem slight on concept, and has its fair share of flower boys, but the PD is Kwok Hyuk Chan who directed Secret Garden, A Gentleman’s Dignity, and Lie to Me, and I really love his directorial style. Adapting the original story for the small screen will be a tandem of two relatively new screenwriters, Won Yung Sil who did Dream Knight and Mi Ji Eun who wrote short dramas in sageuk Seol Ryun’s Story and drama festival entry Old Goodbye.