It’ll be interesting to see if cable network tvN can hit ratings and buzz magic with yet another time-traveling drama so many years after Queen In Hyun’s Man and Nine: Nine Times Time Travel. Lead casting is done and production will soon be underway for tvN’s next time-travel themed drama Tomorrow With You, slated to air in January 2017 but filming now to be fully pre-produced. Starring Shin Mina and Lee Je Hoon, the drama is billed as a romantic sweet version of the conceit behind The Time-Traveler’s Wife, with the leads playing a married couple where Lee Je Hoon’s husband can time travel via a train time machine. It sounds fine and dandy except the script is being penned by screenwriter Heo Sung Hye who did Beyond the Clouds and Dream High 2, and both are very big narrative disappointments. Oy vey. Only upside is that Lee Je Hoon is coming off a very stellar drama with Signal so that might lend positive vibes that he picked this project next. 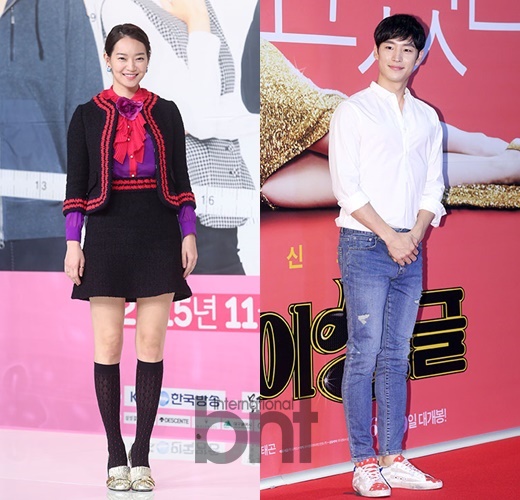 Directing will be PD Yoo who did Oh My Ghost and High School King of Savvy, both solid tvN dramas that continue to bring freshness to the network’s roster of dramas. I like this casting even though I don’t love either overly much, I think it’s an upgrade from when the role was offered to Han Ji Min, and Lee Min Ki passing due to his earlier scandal is probably a good thing for the drama not to get distracted by bad buzz later on. This drama will take over the time slot that was slated for Kim Eun Sook‘s Goblin with Gong Yoo and Lee Dong Wook, with that drama getting pushed back.