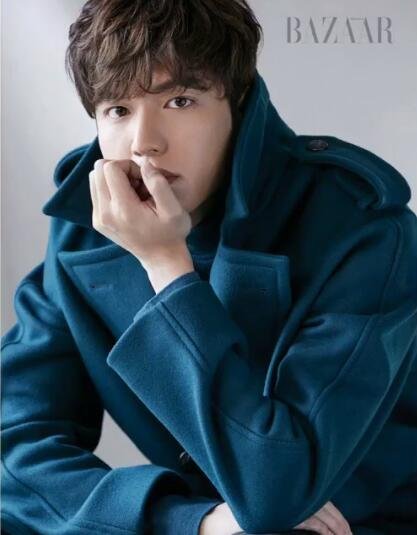 I’m thrilled for Lee Min Ho in doing so well with Legend of the Blue Sea.It doesn’t feel like a role tailor made for him but he’s delivering a serviceable performance so far and there is hope he can reach a higher level as the drama deepens in emotional heft. This may be his last performance and role before military enlistment and so far I think it’s a well made match. He’s got the confidence and charisma to make conman Heo Joon Jae believable as a character, while making me feel concerned that he keep treating his mermaid weirdo Shim Chung with heart. Lee Min Ho is featured in the December issue of Bazaar Korea and the magazine released additional stills to satisfy the most ardent fan. Visually he’s one of Hallyu’s most alluring male leads and I’m glad he’s going to leave for military hiatus on a gorgeous high note.