Ooooooh this looks fantastic, or at least the lead cast does on first impression. Filming is underway for the K-drama remake of hit US procedural Criminal Minds, and if this is a hit expect more where that remake train is coming. The drama is scheduled to air on cable network tvN in July but is well underway with filming, which is nice for the cast to get as much footage under their belt before live filming pressures catch up to them. Seeing Lee Jun Ki in full cop mode feels like such deja vu except he’s never played a standard modern cop character. In my fave The Time Between Dog and Wolf he was a national security agent and in sageuk Arang and the Magistrate he was the sageuk version of a cop. Here he’s partnered up with veteran Son Hyun Joo and female lead Moon Chae Won as part of an elite team of legal enforcement solving crime. It’s episodic so the plot doesn’t matter as much as the execution but for now seeing the cast in action is enticing enough. 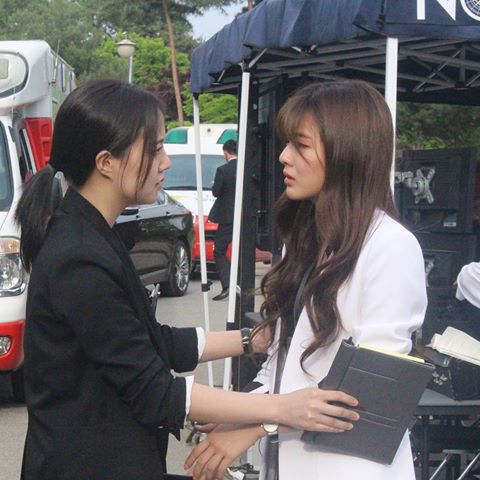