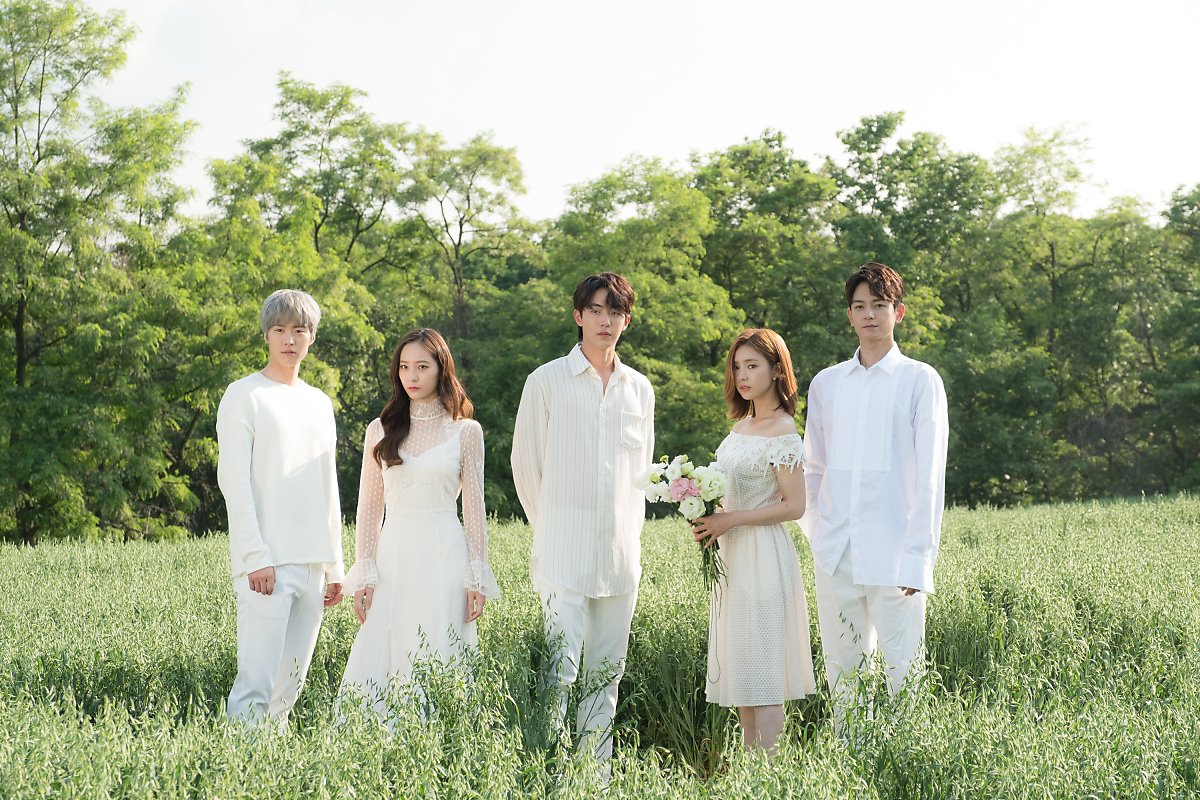 Whatever the quality ends up being with the drama adaptation of Bride of the Water God, it’s looking like the drama has enough fan base and the cast buzzworthy to bring in the viewership curious to check it out. I guess casting idols and younger leads has that upside, and I for one am genuinely interested to see how the production has transformed the narrative from fantasy period setting to modern day with the central conceit intact. The cast gathered in a field of green to shoot the drama posters, contrasting nicely with their all white ensemble attire. Second male lead Gong Myung even has complementary silver-white hair but it’s male lead Nam Joo Hyuk‘s full bodied locks I love the most. Shin Se Kyung‘s just below the shoulder light brown hair also suits her beautifully while Krystal looks perfectly cast with her haughty look as the goddess of water. Poor Im Joo Hwan looks like the odd man out and I hope his role is memorable even as the likely antagonist.