Ready or not, here comes Mr. Sunshine. The time flew on this one as tvN is starting ramped up promotions for the next Sat-Sun drama Mr. Sunshine by the screenwriter Kim Eun Sook of Goblin, Descendants of the Sun, and Heirs. With currently airing Lawless Lawyer at the midway point, Mr. Sunshine is slated to premiere on July 7th and with it confirm whether Kim Eun Sook still has the power to bring audiences in. This time her male lead Lee Byung Hun has recent scandal and isn’t the same actor he was ten years ago during his IRIS prime days, and relative newbie Kim Tae Ri made a big splash with the K-movie The Handmaiden and will be making her first drama leading role. The drama released official character posters today and it’s scenes from the drama with plenty of acting intensity. I see the roles being played especially Byun Yo Han as the carefree playboy type and Yoo Yeon Seok as the warrior for freedom. 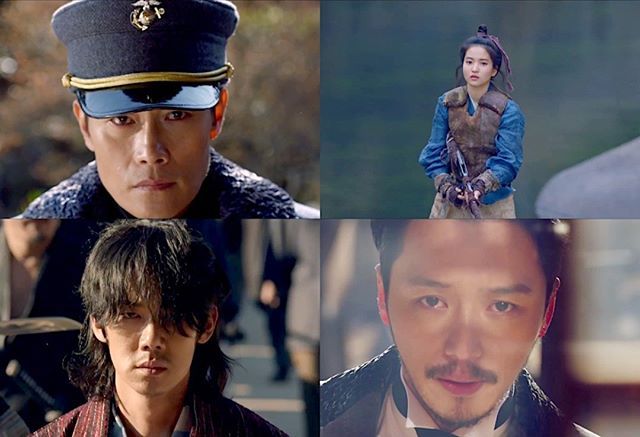